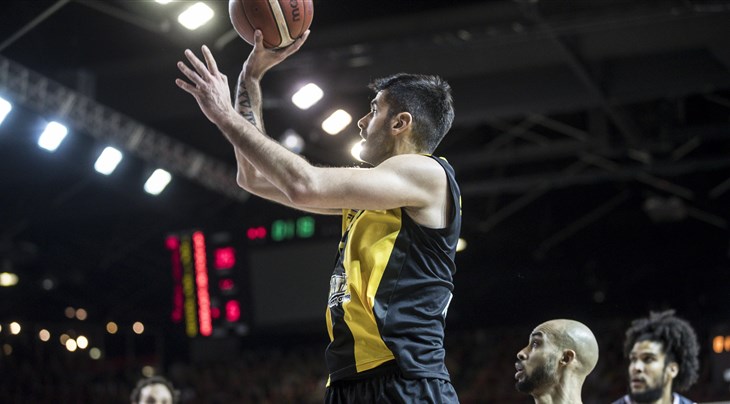 Two buzzer-beaters and three elimination games later AEK - who finished third in Group C - are not only in the Final Four but they are also hosting it.

"Going to the Final Four is unreal, it's a remarkable feeling and I am very proud!" Said Dusan Sakota after winning the second leg of the Quarter-Final.

🗨 @AEKBCgr's Dusan Sakota: "Going to the Final Four is unreal, it's a remarkable feeling and I am very proud!"#BasketballCL pic.twitter.com/UToaKdZelV

Guess what Dusan? It's very real and you are a huge reason why it's happened.

Very few people outside of Athens, would have predicted AEK to be where they are now. The way they have consistently found a way to hit big shots and scrape through in the clutch, may look like a fluke but when you look closer at their track record in fourth quarters, they have been doing this all season. AEK have won the last period twelve times, with a total score of 327-268. They have won the fourth quarter in all three elimination games as well. The ever present in all of those games was their Captain.

When it comes to AEK in the Basketball Champions League this season, Dusan Sakota is Mr. Fourth Quarter! I wrote earlier in the season about players that had shot 50-40-90 for a season. Sakota may not have produced those barmy numbers this season but he did last year and this time around, he may have produced an even more incredible stat line:

Dusan Sakota in the fourth quarter:

For context, Sakota's numbers for the season (in the same order) are 60%, 37%, 79%, 58% in 25 Minutes. Those are huge jumps in every category aside from FT's and given his low volume of trips to the charity stripe, it would only take one made FT, to drastically change that number. The fourth quarter is consistently AEK's best period of the game and Sakota is playing basically every minute.

Then there is the clutch shots. There may have been an element of luck to the buzzer-beater against medi Bayreuth. If you replayed that sequence another 100 times, the number of times Assem Marei helps off, one pass away, probably stays at one. The luck ends there though. Sakota still had to make the shot and the numbers suggest that was far from a fluke.

In the second leg of the Quarter-Finals against SIG, Sakota landed two more dagger blows from behind the three-point line. Neither had anything to do with luck. This was design on both occasions. With SIG making a run and the game very much on the line, Coach Sakota went to the same 'Horns' play twice in a row - with the desired outcome an open three for his son both times. At this point in the contest, this action puts SIG in a position where they have to make an impossible decision. With Sakota as the second screen in a double ball-screen, SIG have to choose between hedging to stop Mike Green turning the corner to his right hand, or stopping Sakota getting a wide open three on the pop. With Vince Hunter setting the first screen and rolling there is nobody there to help.

SIG chose to prevent Green turning the corner and elected to gamble on Sakota shooting 47% from three. Twice Sakota nailed the shot and with the second one, Mr Fourth Quarter nailed the coffin shut. On the back of their Captain in the fourth quarter, AEK rolled on.

50 years ago AEK beat Slavia Prague in front of 80,000 fans. They won't get 80,000 in the OAKA but if AEK make it to the Final in May, they will probably try. For that to happen, they will no doubt need more magic from Mr Fourth Quarter. Teams will no doubt focus both eyes on stopping Sakota in the clutch from now on but this AEK team has the weapons and smarts in their roster, to take the advantage of whichever blind spot they leave behind. 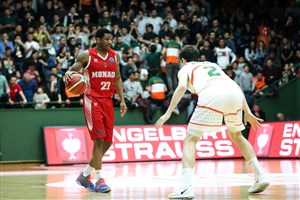