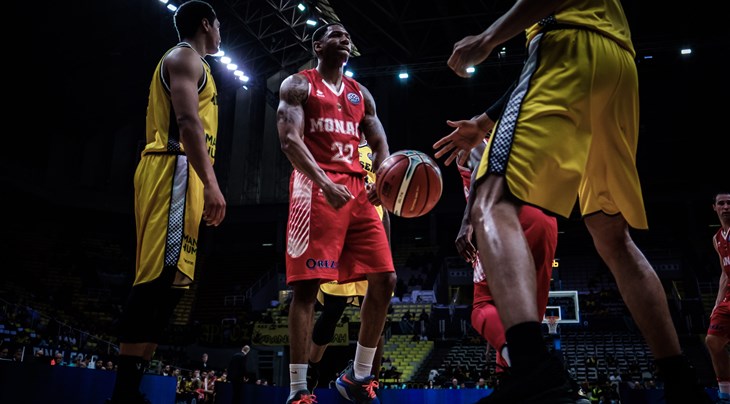 AS Monaco explode in the second half, take down MHP Riesen Ludwigsburg, reach the Final

Turning point: MHP Riesen had an 11-point lead early in the game, but AS Monaco used all of their depth to get back into it by the half. Third quarter proved to be decisive, Chris Evans went off for 10 points in the stanza, joined by Amara Sy and Gerald Robinson with 6 each. Once Elmedin Kikanovic hit a three-pointer to beat the quarter-buzzer and hand AS Monaco a 61-54 lead, it all went downhill for Ludwigsburg. A 26-11 final quarter score shows you how the German side just fell apart after the three-pointer.

Game hero: Whilst Elmedin Kikanovic has done the scoring with 19 points, Chris Evans was explosive in the second half with 15 of his 17 points coming after the break. Evans also had a game-high 8 rebounds.

Stats don't lie: MHP Riesen Ludwigsburg came into the Final Four averaging a Basketball Champions League-low 10.4 turnovers per game, but AS Monaco's defense forced 16 turnovers out of them in the Semi-Finals. And 11 of those turned out to be AS Monaco steals, leading to easy points.

Game notes: AS Monaco struggled from the line, hitting just 14-of-23. D.J. Cooper dished out 9 assists. MHP's 65 points are their second lowest outing of the season, trailing only their game against Iberostar Tenerife when they scored 62. AS Monaco won the second half 51-27. Elmedin Kikanovic is now 2-of-2 from beyond the arc for the season.

They said: "In the first half we played our game, but after the break we had some uncharacteristic turnovers. They just ran away with the game." - David McCray, MHP Riesen Ludwigsburg team captain

"We played three games in five days before we came, lost an important player in Justin Sears. We started out pretty well, but ran out of gas against a team that was fresh, hasn't played a game in seven days. They just had more juice than we had. Hats off to Monaco." - John Patrick, MHP Riesen Ludwigsburg head coach

"It was pretty tough for us in the beginning, we were a little bit nervous, didn't play our game. We were walking, did not run on the fastbreaks, and that is just not our style. It took us one quarter to adjust, after that we ended up winning by 20." - Amara Sy, AS Monaco team captain

"Ludwigsburg are probably the most aggressive team in Europe, so my players wanted to take care of the ball, not commit any turnovers and that stopped us from playing faster. I told them, 'Let's go enjoy the game, play like we played all season long.' And in the second half, we showed our real face." - Zvezdan Mitrovic, AS Monaco head coach

"He is now 3-of-3 (from beyond the arc) this season. He also shot one and scored one in the French League, so I guess he's the best shooter in history." - Mitrovic joking about Elmedin Kikanovic's three-point shooting, as the big guy hasn't missed a shot from out there all season long. 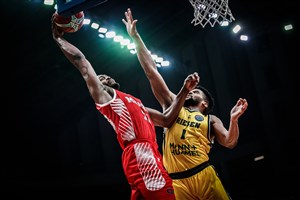 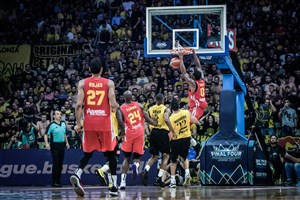