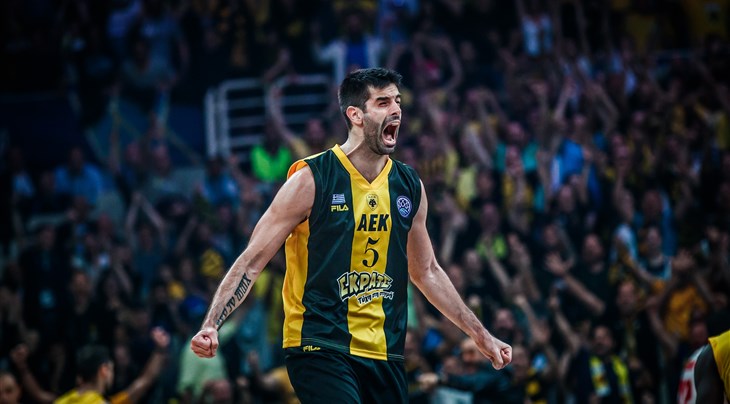 Turning point: It was a 73-70 AEK lead heading into the final quarter, but Kevin Punter (11 points in the quarter) and Dusan Sakota (8 points) took over in the final stanza of the season. Monaco had a chance to tie the game in the last 30 seconds, but D.J. Cooper's three-point attempt was blocked by Delroy James, and Monaco followed it up with a turnover. James just sealed the deal from the line.

Game heroes: Final MVP Mike Green was unstoppable in first three quarters, scoring 18 of his 19 points over that span. Kevin Punter proved his scoring mettle in the last period and finished with 16 points, and club's talisman Sakota matched that with 16 of his own.

Stats don't lie: AEK are a three-point shooting team, and there is not much you can do when they are shooting 9-of-17 from beyond the arc and 32-of-62 from the field. Monaco's 94-point output would've won them any other game, but even a 48 percent shooting night wasn't enough for them in front of 18,000 people in Athens.

Game notes: Monaco allowed 100+ points for the first time ever in the Basketball Champions League. Regular Season MVP Manny Harris struggled shooting the ball, going 4-of-13 from the field, but finished with 9 points and 10 rebounds. AEK scored 100+ for the first time since Gameday 2 and their overtime 103-101 win over Umana Reyer Venezia.

They said: "It did not end the way we hoped it would end. We are very disappointed, we just weren't ourselves today. We did not impose our defense on them, and we are supposed to be a defensive team. I'd like to thank my teammates and congratulate them on a great season. Hopefully, we will win it next season, we deserve it. AEK was better today." - Amara Sy, AS Monaco team captain

"AEK have done everything to win this battle. They deserved it completely, but they are not better individually than we are. I cannot say this. For me, my players are the best out there." - Zvezdan Mitrovic, AS Monaco head coach

"It really was a wonderful season, and we are completely disappointed now. I am disappointed, I know the team is, too. It wasn't our defense, we allowed 29 points in the first quarter, and even though we caught them a couple of times, this just wasn't our game. Allowing 100 points is way too much to do a serious job. Especially in the final game of the season." - Zvezdan Mitrovic, AS Monaco head coach

"It killed me that I wasn't myself on Friday. My teammates kept coming up to me, asking me why I wasn't talking (over these two days), why I haven't been at my level. And I knew. I told some of them what's going to happen in the Championship game. I'm really happy now that it has happened, I redeemed myself, and it feels good to win another big championship." - Mike Green, MVP, again

"Thanks to our fans, it was an amazing atmosphere and what we have done is something special, that will for sure remain in AEK's history. We had a tough road to get here, a difficult road, we advanced when nobody believed we could do it. And then when we reached the Final Four, everybody thought we were going to win it, putting a lot of pressure on us. We beat the best team of this league in the Final, that fact tells us that we really deserved this win today." - Dragan Sakota, AEK head coach

"Everybody is working for results and trophies, but nobody respects the building of a team. Sometimes it's rewarding to see players improve, to reach upper situations like NBA. Trophies are not our only goal. We have a lot of them in our history, but unfortunately, we cannot win them every year. That's why we have to keep building, keep taking an extra step every season." - Dragan Sakota, AEK head coach

You can re-watch the game here: 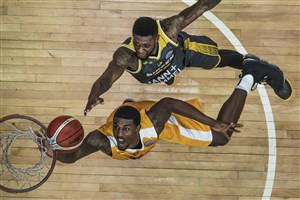 12 things you need to know about the Final