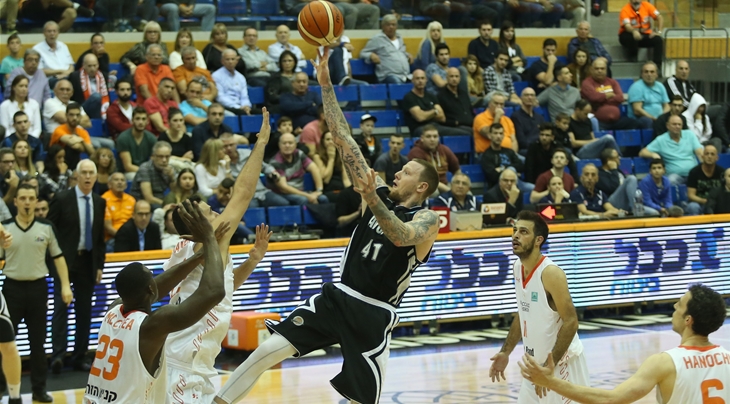 MOSCOW (Basketball Champions League) - Nicolas Minnerath of Avtodor Saratov is the type of player that any coach would like to have on his roster.

He's got skill, talent and plenty of savvy. But there's another positive that sets him apart from most and that is his versatility.

At 2.04m in height and with a strong body, Minnerath can go to work inside but he also possesses a feathery touch that allows him to beat opponents from the outside.

"What you see is what you get, I do a little bit of everything," he said to FIBA.com. "I like to play down low as well as outside, depending on the team we're playing."

Each game, he sizes up the opponents and gets a pretty good idea about what is going to allow him to be successful. If the other team's frontline doesn't have good size, he is going to post up. But if Minnerath is going to face a bigger defender, he'll slip outside.

Minnerath did both on Wednesday night in Israel while leading his Russian team to a 98-74 victory at Maccabi Rand Media.

The 28-year-old caught passes on the low block and scored, and he also stepped outside and drilled 3-pointers. He was 5 of 9 from behind the arc.

It was another aspect to Minnerath's play that really got everyone excited, however, and that included some of the Maccabi Rand Media fans.

Time and time again, Minnerath raced up and down the floor and helped his team get transition buckets, including some that he finished with ferocious dunks.

By the end of the game, he had 39 points - the most ever scored in a Basketball Champions League game - and an out-of-this-world efficiency rating of 40.

"Obviously making it to the play-offs is our goal. We just have to put some wins together to make it happen." - Minnerath

Avtodor improved to 3-2 in a tightly-packed Group B that is led by Le Mans (4-1) and also has Umana Reyer Venezia and Pinar Karsiyaka (both 3-2), and CSM CSU Oradea, Maccabi Rand Media and Kataja Basket (each 2-3). Even Khimik (1-4), whom Avtador edged earlier in the campaign, are still in the hunt for a play-off spot.

Minnerath, his club's fans will know by now, is a key man moving forward. That he has adapted so well is both a compliment to himself and Avtodor because Minnerath is a long way from home, the United States. There have been challenges to playing in Europe but not ones that are insurmountable.

"It's a little different, the rules, but you can get used to it," he said. "It's a great experience. I love playing two games a week, the VTB is a great league and the Basketball Champions League."

Minnerath was terrific this week and for the most part, he's been fantastic all season long. His teammates, like point guard Michael Stockton, know if they give him a pass anywhere near the rim, he'll more times than not be able to do something with it.

Minnerath is more than happy to turn in the spectacular plays, yet it's not what is at the front of his thoughts. Basketball is a team game and what he and everyone else at Avtodor Saratov crave is success for the team. That starts with winning games and reaching the post-season.

"Obviously making it to the play-offs is our goal," he said. "We just have to put some wins together to make it happen." 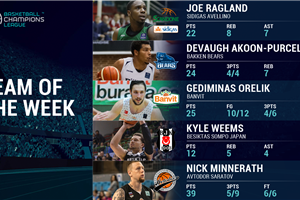 A Fantastic Team of the Week for Gameday 5

Top 10 plays from week 5 of the Basketball Champions League 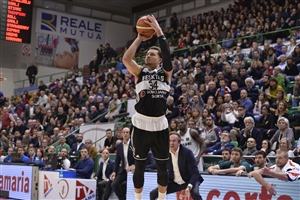