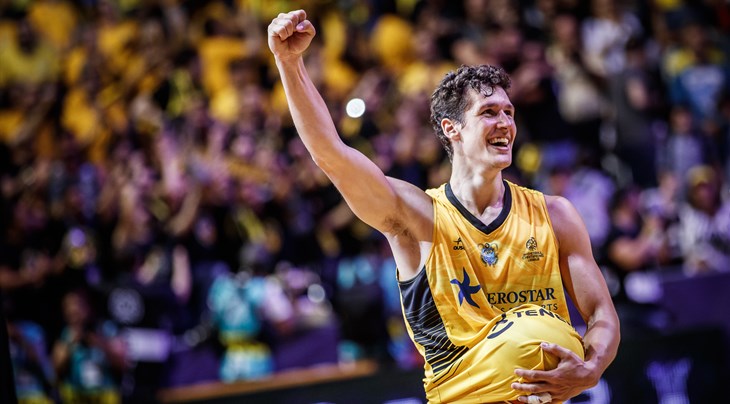 They're back! Iberostar Tenerife to defend Basketball Champions League title

Tenerife won the inaugural Basketball Champions League in front of their own passionate fans by beating Turkish club Banvit 63-59 in an unforgettable climax to the season.

The Basketball Champions League success was the crowning glory for Tenerife in a season which saw them record their highest ever placing in Spain’s Liga ACB, finishing 5th in the Regular Season, and reach the domestic Cup Quarter-Finals.

The team know they will face stiff opposition as they fight to retain the title. Top clubs from the Greek and Italian leagues have already underscored their commitment to the competition by announcing they will return for 2017-18 while teams from other countries will be announced in the days and weeks ahead as domestic league business is completed.

In all 32 teams will contest the Basketball Champions League Regular Season with eight qualifiers joining 24 directly qualified clubs. They will play in four groups of 8 teams each with the top four in each group going through to a home and away Round of 16 ahead of the Quarter-Finals which will determine the Final Four.

The Final Four weekend will be hosted in the home city of one of the qualifying clubs.

Patrick Comninos, CEO of Basketball Champions League, welcomed back Tenerife, saying that the Canaries club had already left a lasting mark on the competition.

"It is fantastic to have Iberostar Tenerife back in the Basketball Champions League. Both on and off the court the club and its fans made a massive contribution to the success of our first year. They perfectly capture the inclusive spirit of a competition which represents basketball across the length and breadth of Europe from Aarhus in the North to Tenerife itself in the South, from Oostende in the West to Istanbul in the East," he said.

"Winning the competition was tough last year and will get even tougher. Teams now better understand the importance and prestige of the competition which is supported by the highest standards of organisation and a €1 million prize money for the winners.

"The Basketball Champions League is succeeding in providing a highly competitive environment for clubs who have the sporting incentive to qualify based on the results in their own leagues. In doing so it is raising ambitions and standards across European basketball."

"To engage in the Basketball Champions League and then win the title has been a lot of fun for our club. We really have enjoyed our participation in 2016-17 and we are now ready to compete again and defend our title. All in all, the Basketball Champions League and its Final Four in Tenerife has been a huge success for both our club and our island. We believe that the upcoming edition is going to be even more competitive with the new format of 32 teams, and we are looking forward to get even better for this next campaign," he said.