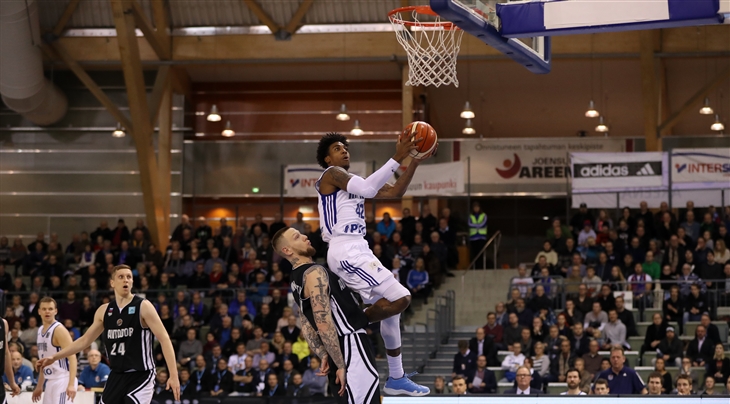 JOENSUU (Basketball Champions League) - The City of Joensuu, a city in eastern Finland about 450km northeast of Helsinki, has a population of around 75,000.

Around 15,000 of those people are students that attend the University of Eastern Finland and another 4,000 are enrolled at the North Karelia University of Applied Sciences.

What is there to do in Joensuu? There's good fishing in the Pielisjoki River, although you'll need to purchase a license.

In early July, there is the Ilosaarirock music festival. Right now, though, the best thing you can do is buy a ticket to watch Kataja Basket.

If you want to watch fast, modern basketball and see arguably the most exciting player in the Basketball Champions League, Daniel Mullings, then the LahiTapiola Areena is calling your name.

Mullings, a Canadian, is not the only player that is worth the price of admission at Kataja Basket. Rion Brown hit 9 3-balls and scored 40 points in a recent win at Maccabi Rand Media and Teemu Rannikko has led the troops forward and shown the type of play that has made him one of the best Finnish players of all time.

But Mullings, the MVP of the Week, is the man of the moment. Trust us! This guy is worth the price of admission.

After his 22-point, 10-rebound, 3-steal performance at Le Mans Sarthe in France on Tuesday, Mullings spoke with a lot of enthusiasm about what the last few months in Finland had meant to him. 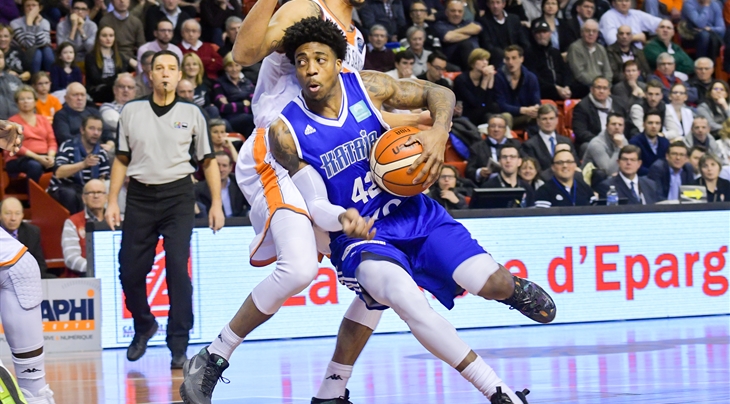 Mullings was the best player on the court again this week

"I'm just enjoying the opportunity of the Basketball Champions League," he said to the competition's website. "It's a good experience. It's fun to be able to travel around and play in all of these different countries and play these different teams.

"When I initially spoke to Coach Greg (Gibson), he told me we had a chance to get to the Champions League going through qualifiers and I couldn't wait to start trying to capitalize on it."

Kataja Basket had to overcome Swedish opponents Sodertalje Kings in the Second Qualification Round and did so in a home-and-away tie by an aggregate score of 156-124.

In the first of those games in Joensuu, Mullings had 13 rebounds, 8 steals and 2 blocks to go with his 24 points. The huge number of steals would have come as no surprise for the people that know Mullings, a Toronto native who played New Mexico State University for four years before turning pro in 2015.

"I do take a lot of pride in defense," he said. "In my college, I was the all-time leader in steals. When I started in basketball, it all started with defense. That's what drives me. I like to help my teammates and I'm fortunate to get in a situation here where I can get steals." 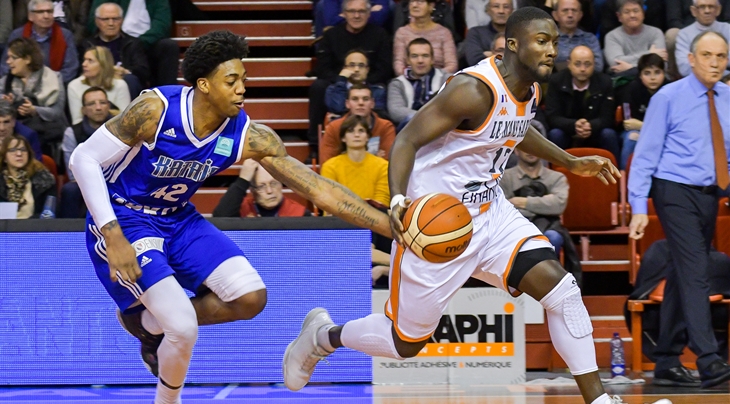 Mullings is ranks first in steals in the Basketball Champions League

Most Kataja Basket fans are celebrating that Mullings is on their team because of his offense. A tremendous leaper, the 25-year-old is often seen on highlight reel plays floating through the air for reverse lay-ups or dunks.

Kataja Basket's offense is a perfect fit for him.

"I like the offense when it's free flowing and when we get the opportunity, we all crash (the boards) and just jet out," he said. "That makes a lot of opportunities for fast breaks and to be able to attack the rim and get shots for everybody.

"I really like the whole style of offense, and defense as well. The coach has allowed us to be more aggressive."

More important than Mullings' awards are the wins that Kataja Basket are collecting. They are riding a four-game winning streak and are fourth in Group B with a 6-4 record.

"I think we still growing, still evolving," Mullings said. "I think that a couple of times, guys have been injured or out but that kind of helped us in a way because it forced other guys to step up and elevate their games.