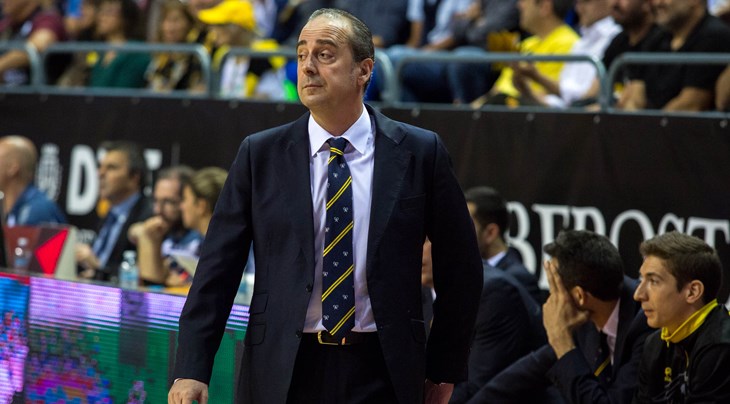 Iberostar Tenerife's Vidorreta is Liga Endesa Coach of the Year

SAN CRISTOBAL DE LA LAGUNA (Basketball Champions League) - An amazing year got even better on Tuesday for Iberostar Tenerife boss Txus Vidorreta when he was named as the Spanish Liga Endesa's Coach of the Year.

A little more than two weeks on from leading the Canary Islanders to glory in the first-ever season of the Basketball Champions League, the veteran coach has now been honored on the domestic front.

Iberostar Tenerife confounded the experts by leading the Spanish top flight for much of the season before slipping of late to end the campaign in fifth place but just three games adrift of regular season champions Real Madrid.

No matter what happens the rest of the way, Vidorreta and the club will have much to cherish from 2016-17.

They have been among the best in Spain and they were the top side in the Basketball Champions League, showing an unrivaled spirit, determination to win and team play that has set the standard in the competition.

"It's a source of satisfaction; One more in a spectacular season that we are living with the Iberostar Tenerife " Vidorreta said of the Coach of the Year award to acb.com.

"We had a fantastic month of October and we continued in November, December and January."

Iberostar Tenerife have played 53 games in three competitions and only lost 15.

"These are figures that teams of a different level achieve," Vidorreta said.

Excellent defense has been the calling card of Iberostar Tenerife week in and week out. The club's 71.1 points allowed per game was the lowest in Spain in the regular season.

The terrific team play was embodied by the league-best 18.1apg.

"I want to share this with all of my coaching staff, the club and the fans because it's thanks to going hand in hand that we have achieved these great results," Vidorreta said.

"And last but not least, with my players because they are the ones that score the points and without them, it's not possible to achieve awards like this one.

Vidorreta has been on quite a roll. As an assistant to Sergio Scariolo, Vidorreta was on the bench when Spain captured the FIBA EuroBasket 2015 crown in France. He was also at the Olympics in Rio de Janeiro, helping Spain capture the bronze medal.

Iberostar Tenerife will begin their first round play-off series at Unicaja Malaga on Sunday. 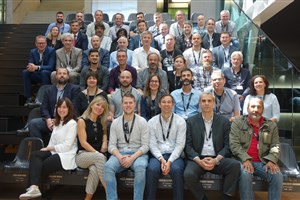