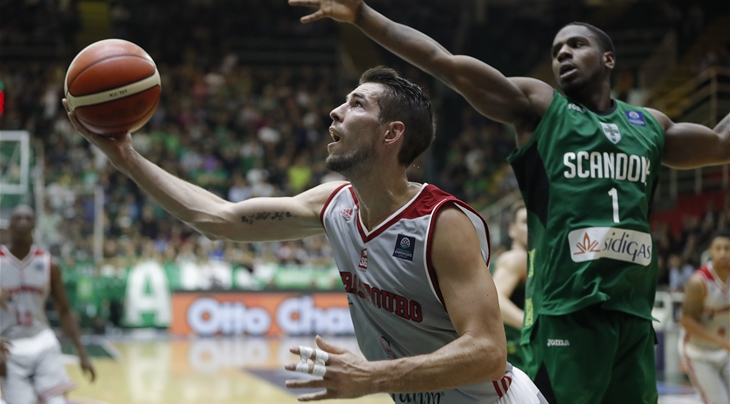 The capital city of the Alsace-Champagne-Ardenne-Lorraine region in northeastern France, Strasbourg was the home of frustration in the early part of the campaign. Two of the team's first three defeats in the LNB were by two points each and in Europe, the side fell 72-69 at Sidigas Avellino.

After that setback in Italy, Strasbourg parted with highly-regarded coach Henrik Dettmann of Finland and handed the reins back to former Strasbourg coach Vincent Collet, who is also the France national team boss. The players responded in the best way possible by reeling off a series of wins.

SIG have prevailed in their last five games on the domestic front, including Saturday's 76-62 victory over Hyeres-Toulon, a triumph that has left the club in sixth place.

They have won five of six in the Basketball Champions League with their Gameday 8 home triumph over a Juventus Utena side that was not at full strength about as one-sided as they come.

"We knew that they were missing some players," said Strasbourg's battling big man Matt Howard, his team's most combative player on the night.

"In a game like that, especially (against) the big guy that creates for them, we knew that it was very important to be very tough and make sure the game didn't last because in those situations, you can put them away quickly or let the games last and there's a chance they believe. We wanted to make sure they never really believed."

Even if Juventus Utena did not have all of their weapons, there was much to like about Strasbourg, including the performance of Frank Ntilikina. The 18-year-old sensation had 11 points for his second straight Basketball Champions League game in double digits.

That result left SIG third in Group D at 5-3 behind 6-2 sides Iberostar Tenerife and Sidigas Avellino.

Wednesday's opponents Avellino know they have got their work cut out for them because they had to come from behind in the fourth quarter to win the first meeting on 26 October.

Down 58-52, Levi Randolph triggered the comeback with a 3-pointer and the hosts took the lead for good when Joe Ragland connected from the arc with 4:00 left to snap a 60-60 tie.

If the season were over today, Ragland would get votes for a league MVP award. Sixth in the competition in scoring at 17.1ppg, Ragland's team has a better record than those of the players above him in the scoring stats and he is joint ninth in assists at 5.6 per game.

His 4.9rpg ranks 12th among all guards. His average efficiency rating of 18.6 is No. 2 behind only Daniel Mullings of Kataja Basket.

Overall for Sidigas Avellino, things are looking up. At 7-3 in the Lega A, Stefano Sacripanti's team is fourth in the standings and currently well positioned to make a run at a play-off berth.

Their two home defeats by a combined six points are the only blights on their Basketball Champions League campaign. One of those was a heartbreaking 76-75 setback to Iberostar Tenerife on 23 November.

Sacripanti's team appeared to be closing in on victory in that contest but a 3-point play by the Spanish club with a couple of seconds remaining proved their undoing. They bounced back with an 85-75 victory at Juventus Utena in Lithuania, where Kyrylo Fesenko dominated and earned the MVP of the Week honor. Last week, Sacripanti's side blew out Mega Leks, 85-61, in Italy. Who is the best long-range gunner in the Basketball Champions League? 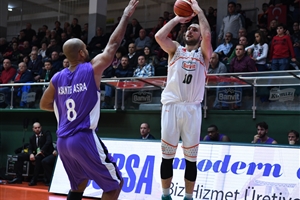