There is much to savor from the 2016-17 Basketball Champions League, as the competition gave the fans plenty of inspirational moments to discuss. In all, the first season registered 28 million video views and reached more than 49 million people through social media over the course of 2016-17.

The Final Four in Tenerife itself has generated a ton of excitement, triggering 2.7 million video views and 840,000 likes.

"The Basketball Champions League does not exist for its own sake but as part of a broader strategy to grow basketball across Europe. It is based on established sporting principles of inclusion by merit rather than commercial brand value, and is an integral part of the new European basketball eco-system. The competition was true to its values and delivered on its goals as our competition welcomed numerous national champions, and we are extremely pleased to see that the first season of the competition was praised by the fans and the participating teams."

I've enjoyed this Champions League a lot. They're on top of everything. I feel like for the first year, there are a lot of great teams in it, a lot of great competition in it. There have not been any games that we've been able to take lightly and the way that they broadcast their league and the way they do their social media is phenomenal. I'm glad to have been a part of it.MHP Riesen Ludwigsburg guard Tekele CottonMHP Riesen Ludwigsburg guard Tekele Cotton

The numbers of fans following the Basketball Champions League Facebook page impressively rose to 632,000 thanks to various digital activation. The creation of profile frames allows 23,200 fans to wear proudly their teams colors during the Play-Offs.

Eventually, www.championsleague.basketball generated more than 2,300,000 visits in the course of the 2016-17 campaign with fans eager to read features and interviews about star players.

It's well organized. You know how the NBA promotes things? It's like that. The league has got the highlights after every game. It's a great league to play in. I see nothing but good for the league, great teams. This first year has been amazing. You might expect that after 15, 20 years. But the first year? That's amazing.PAOK guard Thaddus McFaddenPAOK guard Thaddus McFadden

"For a basketball competition to go from 0 to over 700,000 social media fans in its first season is a great performance. Making video available for sharing played an important role in driving those numbers, I'm sure. It ties in with growth rates we've seen elsewhere in sport backed by effective video sharing," he said.

"Sports marketing is changing fast as it comes to terms with the impact of social media, sponsors are placing high value of good social media exposure and the quantifiable engagement that delivers. That has to be good news for Basketball Champions League and the clubs who can use it as a platform for value added relationship building." 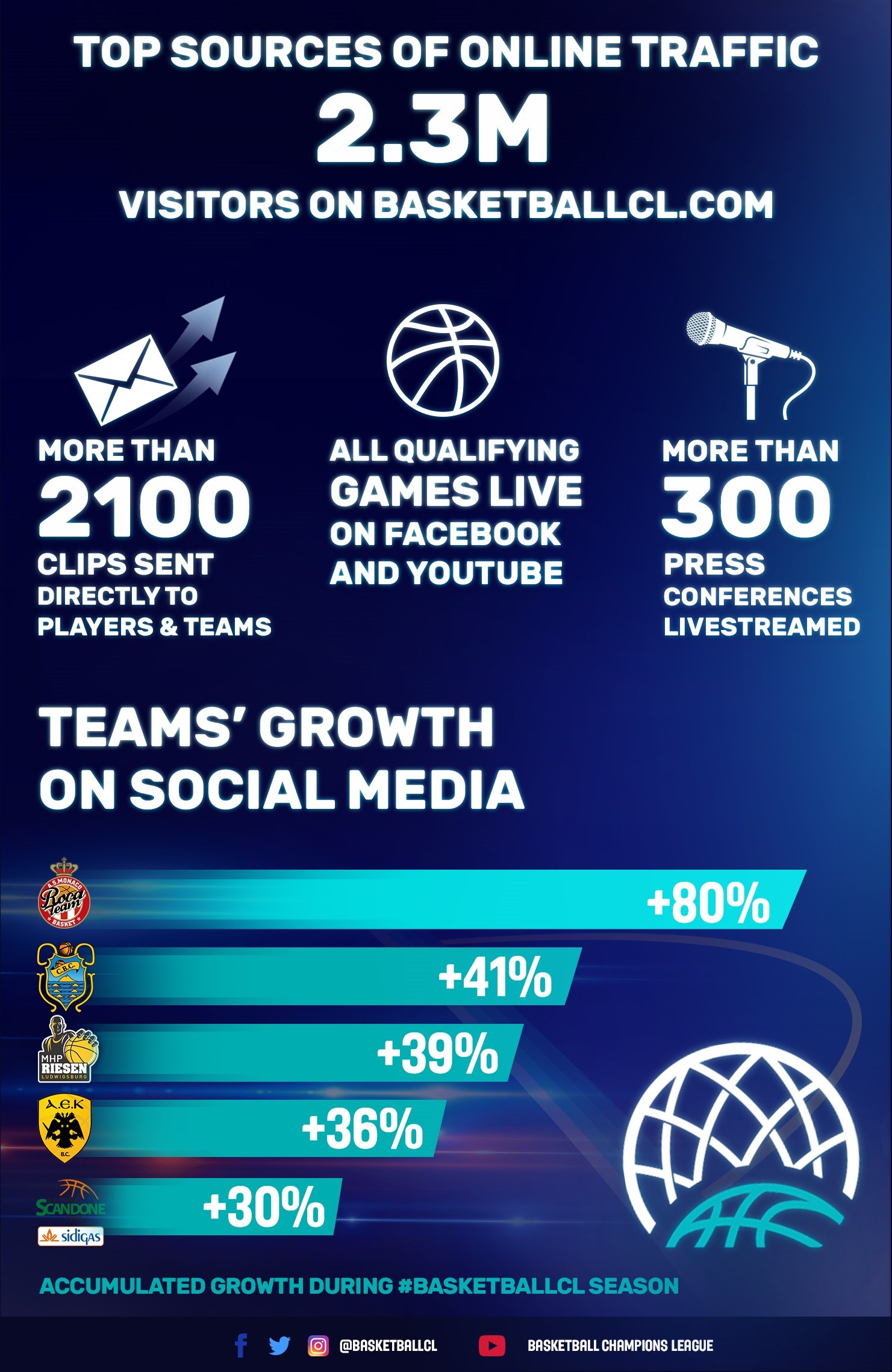