NICOSIA (Cyprus) and BOTEVGRAD (Bulgaria) - Keravnos and Tsmoki-Minsk emerged victorious from their respective Qualifiers Finals on Thursday night and will play in the Regular Season of the Basketball Champions League for the first time in their history.

The Cypriot team defeated Donar Groningen in Qualifiers Group B Final in Nicosia, while the Belarus champions prevailed over Neptunas Klaipeda in the Group D Final, in Botevgrad.

Keravnos had the final word in a dramatic finale of a tight clash with Donar Groningen to eke out a 60-57 victory over the Dutch side and advance to the Regular Season.

The Cypriot team were in the lead for most of the night but in a game where neither side ever gained a lead larger than seven points, it was almost unavoidable the Regular Season ticket would go down to the wire.

Keravnos were leading 58-57 with just 14 seconds left to play when Andre Williamson split two free-throws to make it a 2-point game. Donar tried to go for a triple rather than a two-point shot that would tie the scores, but Jarred Ogungbemi-Jackson's shot didn't drop in.

Jesse Hunt got the rebound and drew a foul, sealing Keravnos' win from the free-throw line.

Brandon Rozzell led the way for the winners with 18 points and 4 rebounds, while Ogungbemi-Jackson finished with 15 points and 5 boards in a losing effort.

Keravnos will play in Group B, where they will face ERA Nymburk, JDA Dijon and Tofas Bursa.

Tsmoki-Minsk used an 11-0 burst bridging the two halves to grab the lead and beat Neptunas 69-59 behind a stifling defensive display, sealing their passage to the 2020-21 BCL.

Neptunas were ahead 36-31 when Maksim Salash split two free-throws 52 seconds from the interval to spark the Belarusian team's run.

Kris Clyburn, who registered the highest efficiency rating for Minsk on the night, stretched Minsk's lead to 42-36 with a dunk just over a minute into the third quarter.

The Lithuanian team finally stopped the rot just before the 7-minute mark in the period but only managed to score 23 points in the entire second half, making a comeback almost impossible.

Salash finished with 18 points and Clyburn added 17 and 5 assists for Minsk, who forced 21 Neptunas turnovers and scored 17 points off them.

Matas Jogela had 12 points as one of only three Neptunas players to shoot over 50 percent from the field.

Minsk will be placed in Regular Season Group C, where AEK, Cholet and Hapoel Holon await. 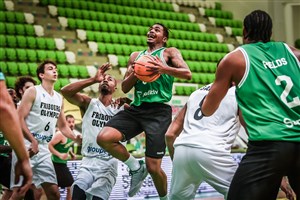 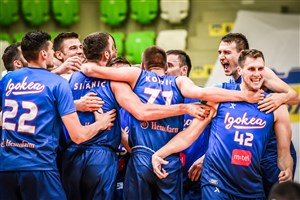 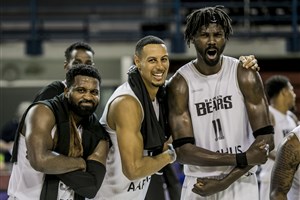