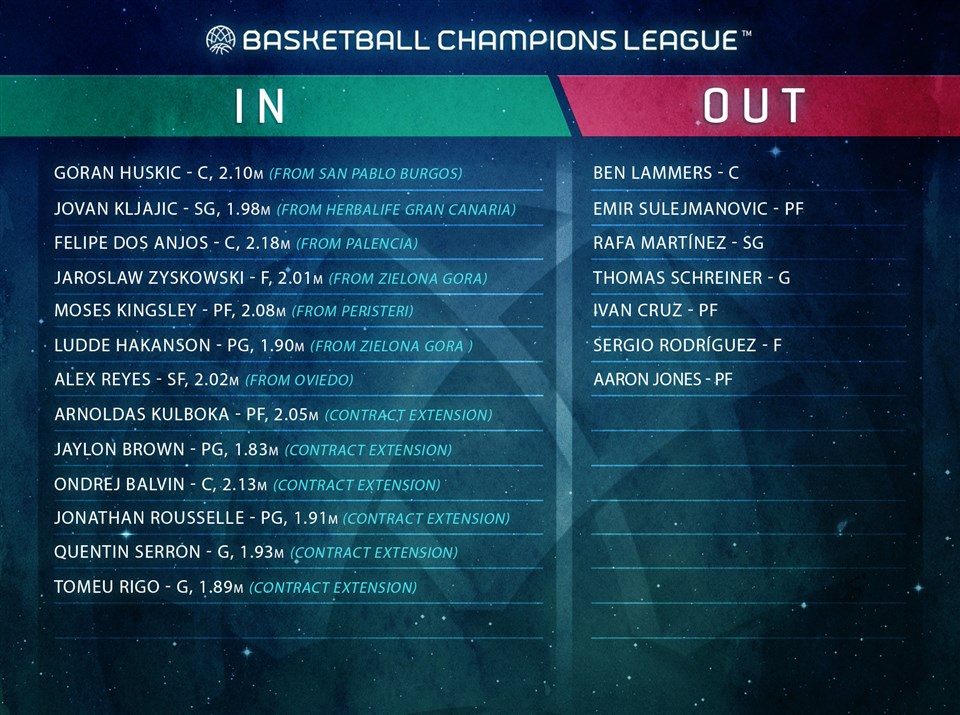 RETAbet Bilbao Basket took arguably the most important step  in planning their 2020-21 season as early as May when they renewed their collaboration with head coach Alex Mumbrú, who is nothing short of a legend in Bilbao as he spent there the final nine years of his playing career and then turned coach to take the reins of the team.

The 'Men in Black' have lured a coveted European forward in Polish league MVP Jaroslaw Zyskowski, who averaged  15.7 points and 3.5 rebounds per game for PLK champions Stelmet Zielona Gora and then briefly joined German side Rasta Vechta in June, averaging 14.6 points and 3 boards in the easyCredit BBL season-ending tournament.

Bilbao have signed another member of the championship-winning Zielona Gora side in point guard Ludde Hakanson. The Swedish international, who averaged 11 points and 5.6 assists per game in the PLK, came up in the FC Barcelona youth system and has also played for fellow Spanish sides Sevilla and Fuenlabrada.

The Basque team had to remodel their frontcourt and turned to Moses Kingsley, one of the top rebounders of the 2019-20 Basketball Champions League, Aaron Jones., a center who turned heads in the German BBL,  and Brazilian Felipe Dos Anjos, who came up through the Real Madrid youth system.

Playing for Peristeri, Kingsley averaged 8.9 points, 8.5 boards and 1.4 blocks in the BCL and 8.6 points with 5.9 rebounds in the Greek Basket League. Jones meanwhile only played in the first two games of the 2020-21 BCL season with Bilbao and left to join French side Cholet.

The 22-year-old Dos Anjos spent last season at LEB Oro side Palencia, but has some experience of the Liga Endesa as he played for San Pablo Burgos in 2018, after leaving Real Madrid's youth team.

Bilbao have also signed Alex Reyes, a 26-year-old Spanish forward who spent last season at Oviedo in the LEB Oro (Spanish second division) and averaged 12.6 points and 7.4 rebounds per contest.

Following a season-ending injury to Tomeu Rigo in mid-October, Bilbao secured the services of 19-year-old Jovan Kljajic, who arrives on loan from fellow Spanish side Herbalife Gran Canaria. In November, they also secured the loan of veteran center Goran Huskic, who arrives from reigning BCL champions Hereda San Pablo Burgos. 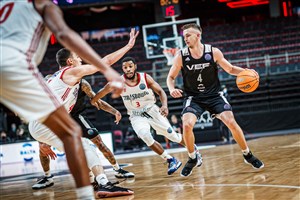