NIZHNY NOVGOROD (Russia) - Nizhny Novgorod became on Thursday the first team to secure a berth in the 2020-21 Basketball Champions League Final 8, as they stretched their win streak in the BCL to a club-record five games by blowing past AEK 88-60 at home.

The Russian team employed their exemplary ball movement to gain the upper hand late in the opening frame and dominated the final three quarters of the encounter, extending the lead to as many as 32 points in the final stanza.

AEK were playing without their entire center lineup of Yanick Moreira, Marcus Slaughter and Dimitris Mavroeidis and they also had to make do without Nikos Zisis and Vlado Jankovic.

Nizhny have improved their perfect record atop Group K to 4-0 while AEK slide to 2-2 and Turk Telekom are tied with Strasbourg in third place.

Turning point:  AEK jumped in the driver's seat early on and led by as many as five points. Artem Komolov however drilled three triples in quick succession, the second 3:47 from the end of the opening quarter to put Nizhny ahead, 14-12, and the hosts never looked back.

Stats don't lie: There was not a single statistical aspect where Nizhny fell short on Thursday, but their dominance was mostly evident in assists, as they dished out 24 compared with AEK's 9, and on the glass where they out-rebounded the visitors 45 to 32.
*Full game stats here

Game heroes: Artem Komolov went 5 of 6 from three-point range and tied his BCL season-high of 21 points, Kasey Shepherd yet again came off the bench and put up an excellent display, with 17 points and 8 rebounds, while Andrey Vorontsevich posted a double-double of 15 points and 11 boards. Youngster Dimitris Moraitis was the only AEK player to score in double digits and he finished with 13 points and 4 rebounds.

Bottom line: This will be Nizhny's second trip to the Quarter-Finals stage of the BCL. In their first appearance, in the 2018-19 season, the Russian side lost to surprise package Telenet Giants Antwerp and didn’t make it to the Final 4. AEK are by no means out of the race for a spot in the Final 8, and in fact they can secure a berth as early as next week: If AEK beat Turk Telekom and Nizhny beat Strasbourg in Week 5, then the Greek team will advance to the tournament. 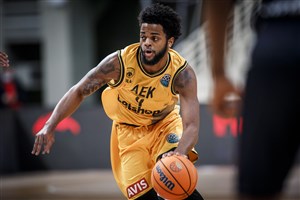 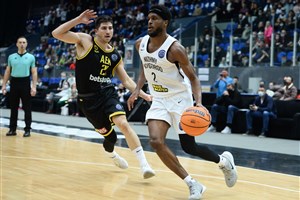 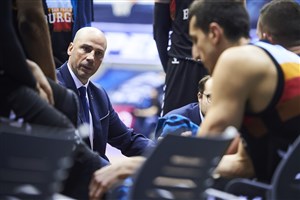 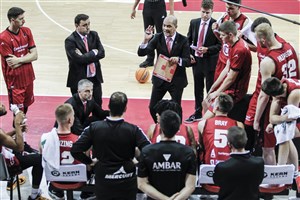 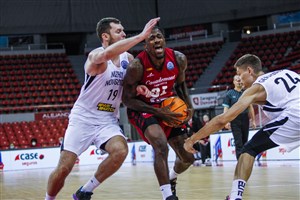