AEK have opted for continuity as they enter the second year of head coach Ilias Papatheodorou's tenure and are expected to bring back the core of the team which was gaining momentum just before the pandemic brought action to a halt.

The latest addition to the 2020-21 AEK roster is Daryl Macon, a player who debuted in the BCL and in European hoops this season. The 25-year-old guard crossed the Atlantic on behalf of Galatasaray and he averaged 19.5 points and 3.2 assists per game in the BCL Regular Season for the Turkish team.

The previous AEK signing was a player who had faced the yellow-blacks as an opponent in the recent past, in Kinglsey Moses. The 26-year-old center, who started the season at fellow BCL participants RETAbet Bilbao, spent the 2019-20 season at Greek side Peristeri, where he was a teammate of Yanick Moreira.

AEK turned heads by securing the services of Tyrese Rice on a short-term contract. The winner of the 2018-19 Basketball Champions League MVP award played for the yellow-blacks at the Final 8 in Athens and the two parties parted ways with the completion of the temporary deal.

Earlier, the yellow-blacks have signed veteran swingman Matt Lojeski, who has previously played for fellow Athens powerhouses Panathinaikos and Olympiacos.

The 35-year-old Belgian-American spent last season at Tofas Bursa, averaging 9.7 points and 3.4 rebounds in the Turkish BSL league and 10.6 with 2.9 boards in the EuroCup.

AEK had previously signed a former BCL champion who also happens to be another familiar to Greek fans face, in big man Yanick Moreira.

The Greek team have penned extensions with Keith Langford, who averaged 19.5 points per game as the BCL's second-leading scorer up until the season hiatus, as well as fellow veterans Jonas Maciulis (9.3 points, 4.6 rebounds until the hiatus) and  Marcus Slaugher.

The latest additions to the AEK roster are two Greek players with previous experience in the BCL, Kostas Gontikas and Dimitris Katsivelis.  Gontikas suited up for Peristeri in 2019-20 averaging 3.2 points and 1.4 rebounds in the Greek league with 2 points and 1 rebound per game in the BCL.

Meanwhile Katsivelis, who had played for AEK in the 2015-16 season, spent the last couple of years at Promitheas. In the 2019-20 season the 29-year-old guard averaged 3.7 points, 2.2 rebounds and 1.1 assist per game in the EuroCup, while in the domestic league he contributed 6.5 points,, 1.9 boards and 2.4 assists per contest. 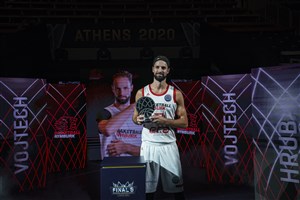 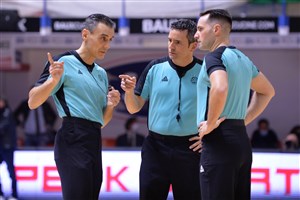 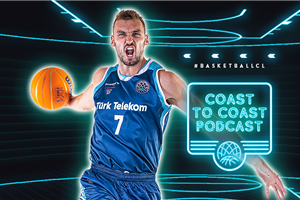 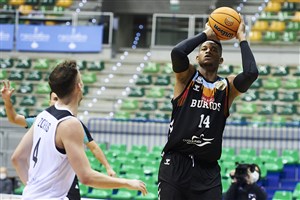