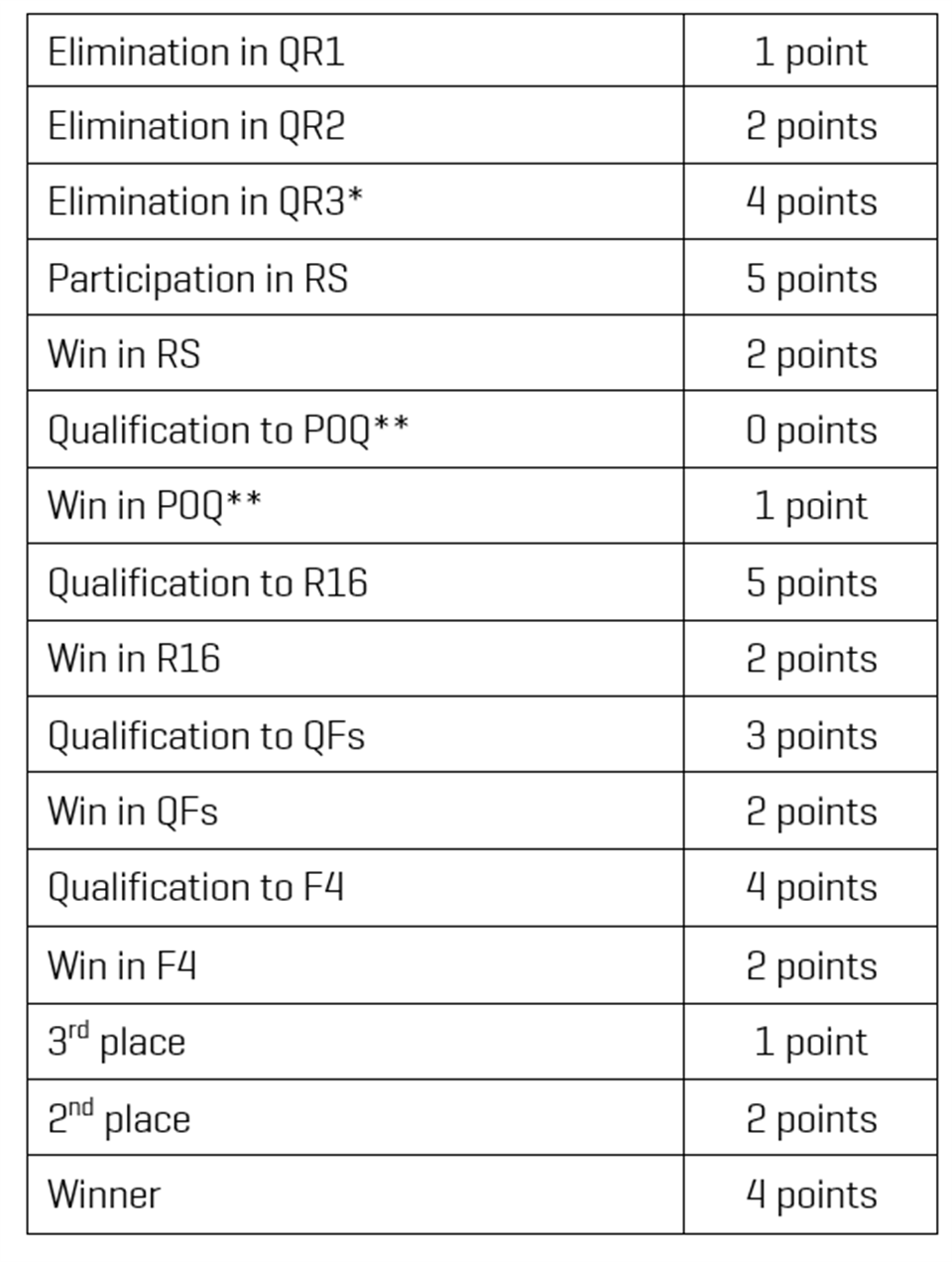 UPDATE 2020-21: Due to the exceptional circumstances due to the COVID-19 pandemic, and the change of competition format, each victory will be awarded 3 points (instead of 2 points) for this fifth season (2020-21).