NIZHNY NOVGOROD (Russia) - You know the 2019-20 Basketball Champions League season resumes on September 16 but it's been so long since play was suspended that you can barely remember pre-hiatus events in the competition? Don't worry, we got you covered!

On Wednesday, Nizhny Novgorod face JDA Dijon in Game 3 of their Round of 16 series with the winner securing a place in the Athens Final Eight that tips off September 30 - here's everything you need to refresh your memory on how the Russian team got to this point:

What Did Nizhny's Play Look Like Before the Hiatus?

What Had Nizhny Achieved Up Until March?

Regular Season
Nizhny finished in third place in Group C on a 9-5 record and never looked in danger of missing out on the Play-Offs, especially after a three-game win streak midway through the Regular Season that included a 75-72 win over Tenerife in Week 8 action, which was the Spanish team's first loss of the season.
Nizhny's largest win margin, 20 points, came in a 89-69 win over Mornar Bar at home and interestingly their heaviest loss, by 19 points, was in the reverse fixture in Montenegro seven weeks later as Mornar paid them back in kind.

Round of 16
Nizhny lost 88-73 in Game 1 at Dijon but the point differential is somewhat misleading as the game was tight up until late in the third quarter, when the French team pulled away. Interestingly, and despite Nizhny's excellent three-point defense we mentioned earlier, Dijon shot 41.2 percent from beyond the arc.
In Game 2, Nizhny bounced back and led almost from start to finish, clinching an 88-79 win to even up the series. Evgenii Baburin led the way with 22 points on 6 of 9 shooting from three-point range and Terell Parks came up with a 14-point, 10-rebound double-double. While Nizhny still allowed Dijon to shoot very well from three (40 percent), this time around the Russian team out-rebounded the French 36 to 20.

While the biggest difference to last season's roster is the fact Brown, Willis, Parks and Pavel Antipov have departed the club, Nizhny were aware of this very early in the offseason, so they had plenty of time to find replacements.

So the biggest challenge they will face is the fact that new signing Luke Petrasek suffered a hand injury and will be sidelined for about three months. That leaves a big gap at the power forward spot, as even if Nizhny find somebody to step in, he will certainly not arrive in time for Wednesday's clash with Dijon.

The most interesting aspect of the 2020-21 Nizhhy however is definitely how fast Kasey Sheperd will adapt to the team and pick up at least some of the playmaking duties of Brown, while at the same time maintaining the scoring prowess he showed last year with Kyiv. 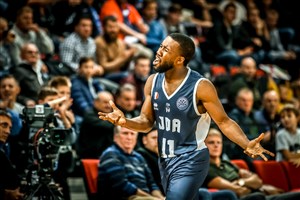 Where we left off: JDA Dijon 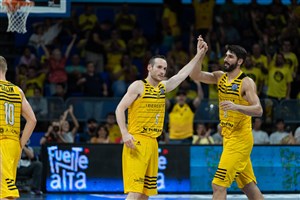