The player White 0 is in the air for a lay-up.  The Blue Defender 24 moves into his path after White 0 had jumped into the air. The referees call a personal foul. The Official Basketball Rules (art. 33.6) indicate that moving under a player who is in the air and causing contact is usually an Unsportsmanlike Foul and, in certain circumstances, may be a disqualifying foul.

Outcome: Incorrect decision from the referees. An Unsportsmanlike Foul should have been called as the contact created by Blue 24 is not a legitimate attempt to directly play the ball within the spirit and intent of the rules.

The Blue team steals the ball and Blue 15 starts a fast break/transition play. White 1 is standing in front of him, keeping a LGP (legal guarding position), and taps the ball from behind. After this, he creates a contact on the arm of the offensive player, who then moves his head up to show that he was fouled. The centre referee calls an Unsportsmanlike Foul.

The Official Basketball Rules (art. 46.12) indicate that the crew chief is authorised to use IRS at any time of the game to check whether a foul meets the criteria for such a foul to be considered; personal, unsportsmanlike or disqualifying; to be upgraded or downgraded; as a technical foul.

After the IRS review, the crew chief decides that the contact does not meet the criteria to call this contact as an Unsportsmanlike Foul (C3 an unnecessary contact caused by the defensive player in order to stop the progress of the offensive team in transition) and downgrades his decision to a Personal Foul.

The Player White 7 receives the ball from the point guard White 8. He then passes the ball back to White 8 and sets a screen on the defender, Blue 13. As White 7 starts to roll towards the basket, Blue 13 holds White 7 around the waist, illegally restricting White 7's freedom of movement.

The player Yellow 44 tries to set a couple of screens on Blue 2 in an effort to get Yellow 0 free. On the last Pick and Roll situation, Blue 22 holds Yellow 44 as he starts to roll towards the basket illegally restricting Yellow 44's freedom of movement. 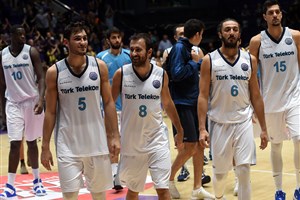 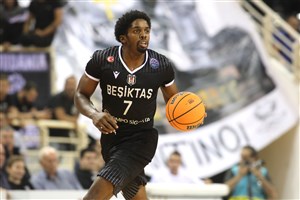 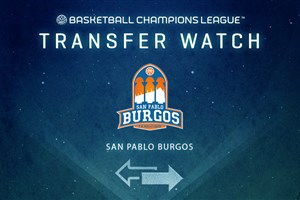