MIES (Switzerland) - It's impossible for every team in the same group to be happy, but it turns out they can definitely feel very satisfied when they look at what lady luck had in store for teams in other groups.

A sense of satisfaction, along the lines of 'it could have been worse' was the common theme among Group B teams following the Basketball Champions League 2020-21 Regular Season Draw.

A sense of déjà vu for Casademont Zaragoza as they cross paths with Dijon, Falco for second year in a row

"It is a tough group with some teams that we know well, such as Nymburk, Dijon and Nizhny, teams that have either qualified to or have a chance to make it to the 2019-20 Final Eight in September," commented Casademont Zaragoza GM Pep Gargol.

"We played against Dijon this season, they’ve performed really well until the competition had to stop and they have played really well in the French league and the French Cup. Nymburk is a very good team and of course won the group in which Iberostar Tenerife was in and they're in the Final Eight.

"Falco Szombathely had a really good winning streak at home of seven or eight games which we managed to snap, but they are really competitive.

"Tofas prior to the stoppage due to the pandemic had qualified for the quarter-finals of the EuroCup, and then we have newcomers Lublin and the team coming from the Qualification Rounds. We have very strong rivals, difficult travel so we will have to give our best."

"We finally got a group that isn't among the toughest ones," said Nymburk winger Vojtech Hruban. "We have teams in here that I haven't yet played against, which is quite a rarity, namely Tofas Bursa, Falco Szombathely and Lublin, which is a newcomer to European competitions.

"It will be a bit of an unknown situation to us, but our goal will be the same as always, to advance from the group. I'm looking forward to Zaragoza, which is a great team and in addition [our teammate on the national team] Vit Krejci is there. As far as I know, he will be even more motivated than we are, he will definitely want to win. That will be the game we will all be looking forward to the most," Hruban added.

"When we look at the other groups, it could have turned out much worse," commented power forward Martin Kriz.  "This draw is quite satisfying for us and we will try to repeat last season's performance. My wish before the draw, which of course didn't come true, was to avoid the long trip to Novgorod this time around, but I guess that's life.

"The games with Zaragoza will be a bit more special because of Vit but I don't think it will affect our performance. Now no one knows yet exactly what each roster will look like, so it is difficult to estimate the strength of the opponents, but Tofas is probably the most acceptable of the five possible Turkish teams."

Nizhny Novgorod gear up for exciting games, warn their aspirations are very real

"First, there are immediately three participants in the Final Eight of the 2019-2020 season, which will be held in the fall, in Zaragoza, Nymburk and the winner of our series against Dijon. This indicates the high level of competition and of the upcoming fight for the Play-Offs, some exciting games are definitely ahead for us.

"The second important component is the geography of the rivals. It is nice that our club will represent the Nizhny Novgorod region in countries such as Spain, France, the Czech Republic, Hungary, Poland and Turkey.

"It’s great that we can try our team in the remaining play-off game against Dijon. Our team has brought together some excellent young guys and formed a core of experienced Russian basketball players. There is potential on our team and Nizhny, as always, will fight to make the Play-Offs, and talk about making it to the Final Four should not sound like science fiction.

"We are expecting strong support from our fans and hope that we will soon see them in the stands."

"We announced our participation in the Basketball Champions League about two months ago," said Tofas Bursa GM Tolga Ongoren.

"The reason we changed our mind this year is that the BCL presented a plan and they commit to a future which is more visible to clubs. The EuroCup can be considered as a door to the EuroLeague but we thought that the BCL is the right direction for us, because the clubs need to continue their work in a sustainable way and European competitions should not be a burden to the clubs.

"We are very happy to be here as a club, we want to stay here for as long as we can and we want to be successful. One other side that separates the BCL from other competitions is that they care about the domestic leagues very much. They are giving clubs a target and they reward clubs according to their success in their domestic leagues.

"We will compete in Group B. Compared to the others, we can say that this group is not easy but maybe it's a little bit less tough, at least on paper. For example in Group A, having to travel to the two islands [Tenerife and Sassari] can be tiring for teams. At least we don’t have that.

"We need to wait to see the final rosters, we haven’t completed our squad yet. Our aim is to finish the group in the top two and to gain the home advantage for the Play-Offs. We also want to play in the Final Four and give a present to Turkish basketball with that." 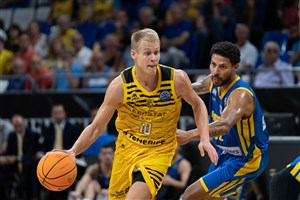 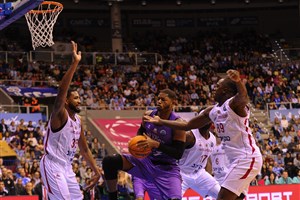