MIES (Switzerland) - Did you know that it has been 100 days since Czech champions Nymburk last lost a game, or that a 17-year-old set a new competition record in the Round of 16? And can you guess what milestone lies ahead for James Feldeine?

Here's a closer look at some interesting facts and figures from Game 2 action in the Round of 16:

Nymburk completed a 2-0 series sweep of Teksut Bandirma this week and achieved a milestone by advancing to the BCL Quarter-Finals for the first time in club history. This is the third time the Czech champions reach so far in a European competition, as they made the Quarter-Finals of the Eurocup in 2010 and then in 2012.

Even more impressive though is the process that has led them so far, as Nymburk are yet to experience defeat in 2020. In fact, their last loss is now a distant memory - 100 days of distance, to be exact.

On Tuesday, Nymburk extended their winning streak in all competitions to 23 games, including 14 straight wins in the Czech Kooperativa NBL league and a club record 9-game winning streak in the BCL.The last time they lost a game was December 3rd, when they fell to Peristeri winmasters in Athens, in Gameday 7 action in the Regular Season.

"This progress is the culmination of our season," Nymburk veteran Petr Benda said. "At the beginning, no one knew how far we could go. But after our excellent performance in the Regular Season, demands on us increased and now we have taken the next step. I am convinced that Final Four is within our reach."

In order to get there of course, Nymburk would have to get past their Quarter-Finals rivals AEK, once the competition resumes. The Greek team knocked out Nymburk in the Round of 16 in 2018 on a last-second Kevin Punter shot, and the Czech side still have vivid memories of that series.

"AEK are very familiar to us and one of the strongest opponents we'll face this year," Benda said. "I hope the coronavirus outbreak will be under control by then and we will be able to play in front of fans, because it would be a pity to play the Quarter-Finals behind closed doors."

Even if you didn't know that Keith Langford was back from injury for the Play-Offs, you would have guessed it from the Greek team's offensive display in the Round of 16. AEK's 90-86 win at Telekom Baskets Bonn on Tuesday marked the first time this season that the Athens side scored 90 points on the road. Keith Langford poured in 25 points to lead the charge, becoming the first player this season to score at least 25 in five different games.

The fact that the veteran American didn’t start the game on Tuesday meant that AEK set a new Play-Offs record. Thanks to Langford's contribution, the AEK bench scored a total of 59 points (yes, 59 out of 90) which, as you can imagine, is the most points ever by a team's second unit in a single game in the Play-Offs.

As you might remember, AEK won 92-85 in Game 1 at home the week prior, so AEK have now scored at least 90 points twice in as many games in the Play-Offs, when they had only scored 90 or more points in two of their 14 Regular Season games.

Hapoel Jerusalem completed a series sweep of Peristeri on Wednesday to reach the Quarter-Finals for the second year in a row, and it was also business as usual for their leading scorer, James Feldeine.

The experienced shooting guard knocked down five three-pointers in Hapoel's 79-73 win in Athens, becoming the first player in competition history to hit five triples in five different games over a single BCL season.

Feldeine has now made 51 threes this season and, at this pace, he is almost certain to set a new BCL record. The current one for most made threes over the course of a season belongs to Gabe York, who had a total of 57 in the 2017-18 season, when he was playing for German side Medi Bayreuth.

If there is one positive takeaway for Bandirma from their elimination in the Play-Offs race this week, it is the way their young players stepped up and showed great promise for the future.

In fact, Alperen Sengun went one step further, by delivering far more than the best display we have ever seen in the Play-Offs from a teenager.

The Bandirma power forward, who only turns 18 next July, posted a double-double of 25 points and 13 rebounds in Game 2 against Nymburk, becoming the first player in BCL history to register at least 25 points and 10 rebounds in a Play-Offs game. And Tuesday was a school night, so just imagine what he can do on weekends.

.@TurkTelekom_SK's Nick Johnson (27pts, 6reb, 8ast) has become the third player with more than 25 points, more than 5 rebounds and more than 5 assists in a #BasketballCL Play-Offs game! 💪 #Road2Final4 pic.twitter.com/wokKoxI5fW

Turk Telekom will be the only Turkish team in the 2019-20 Quarter-Finals, after prevailing over Besiktas Sompo Sigorta in the all-Turkish Round of 16 series. The Ankara team has become the third Turkish club to reach this stage of the competition, after Teksut Bandirma in 2016-17 and Pinar Karsiyaka in 2017-18.

Despite playing without the injured Kyle Wiltjer and Muhammed Baygül in Game 2 on the road, Turk Telekom brushed aside their Istanbul rivals 84-66 thanks in great part to a stellar display by Nick Johnson, who came up with 27 points, 6 rebounds, and 8 assists. Johnson became only the third players in competition history to post more than 25 points, 5 rebounds and 5 assists in a Play-Offs game.

By stark contrast, Besiktas have now fell in the Round of 16 for the fourth time in as many BCL seasons and are yet to win a single game in the Play-Offs, having now played eight postseason games.

LIETKABELIS SHOOT THE (EXIT) LIGHTS OUT

Lietkabelis gave it their best to avoid being swept by Zaragoza and while they ultimately fell 90-88 in Game 2 at home, it was not for lack of shooting accuracy.

The Lithuanian side knocked down 16 three-pointers, the most threes any team has ever made in a single game in the Play-Offs. What's more, Lietkabelis shot 64 percent from beyond the arc, which is also the highest three-point field goal percentage any team has ever registered in a Play-Offs contest.

The reason that this outstanding shooting display was not enough for Lietkabelis to stay alive in the race was of course that they were up against an excellent Zaragoza team, led in Game 2 by an inspirational Nicolas Brussino.

The Argentinian international scored a BCL career-high 21 points and became the first player in competition history to make five three-point shots (he was 5 of 7 from downtown) and come up with 5 steals in the same game. 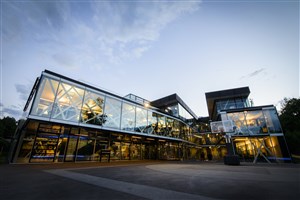 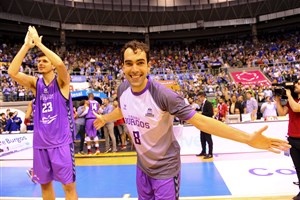 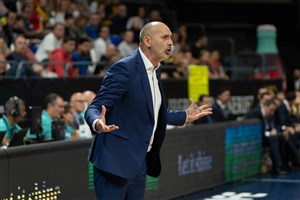