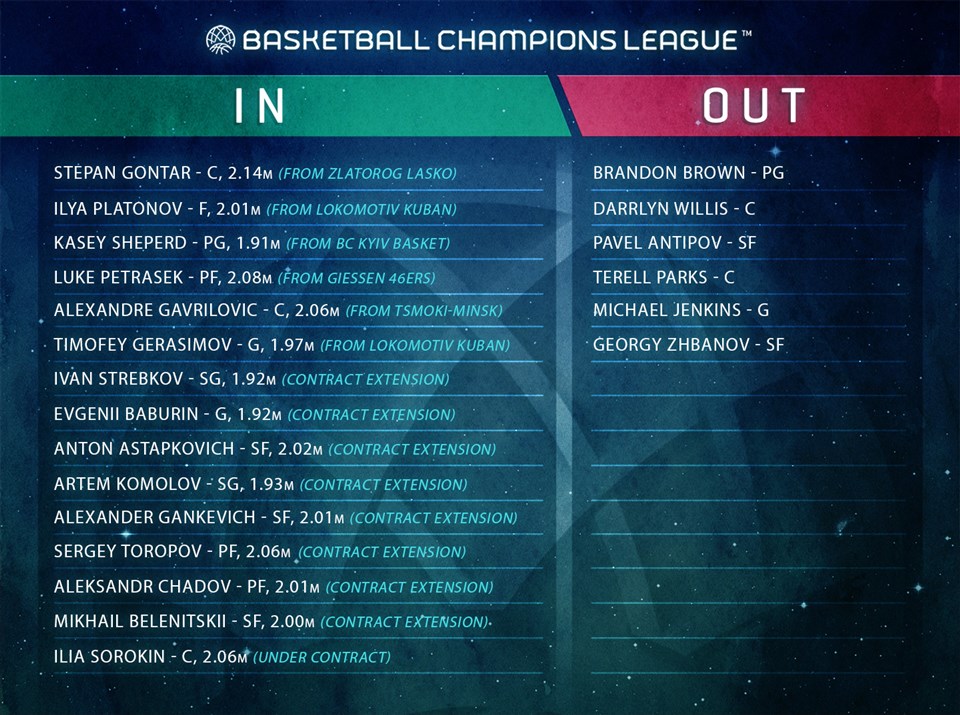 Nizhny Novgorod are set to continue with coach Zoran Lukic at the helm and maintain a great part of their core from 2019-20, albeit they have parted ways with all their American players from last season as well as with Pavel Antipov and Georgy Zhbanov.

We are happy to welcome Luke Petrasek in Nizhny Novgorod! pic.twitter.com/iJmH36HYdH

The Russian side has brought in promising young forward Luke Petrasek, who made his European debut with German club Giessen 46ers. Following the departure of playmaker Brandon Brown, Nizhny have decided to bring in Kasey Sheperd,  who averaged 12.3 points and 4.2 assists per game for BC Kyiv Basket in last season's FIBA Europe Cup.

Nizhny have also secured the services of Alexandre Gavrilovic, who spent last season at Tsmoki-Minsk, and brought back young Russian guard Timofey Gerasimov from Lokomotiv Kuban. Gerasimov played for Nizhny in both the BCL and the VTB United League during the 2018-19 season. Nizhny have also signed another former Kuban player in forward Ilya Platonov, who is coming off a long injury lay-off last year.

We are ready to welcome Alexandre Gavrilovic in Nizhny Novgorod! pic.twitter.com/A6VzLhcSPf

Earlier in the summer, coach Lukic's side extended the contracts of two cornerstones of the team, Ivan Strebkov and  Anton Astapkovich and in July they proceeded to do likewise with Evgenii Baburin and Artem Komolov.