One of the first things the 23-year-old American who had just finished his NCAA career at Xavier found out shortly after joining Nymburk, was that the central European country can be a great place for history buffs.

"It is such a beautiful country, I love that there are castles and historical sites all around," Hankins told  championsleague.basketball. "I am a big history guy but America is a pretty young country, so for me the opportunity to just walk around and see buildings that are older than my own country is very humbling."

On the basketball court, it is Hankins who normally inflicts that humbling feeling onto others. The Nymburk big man leads the Basketball Champions League in blocks, with 2.5 per game, partly because this is an aspect of the game he has put as much thought into as an architect studying medieval castles has put into stonemasonry.

"When someone is driving in front of you, you have to read their body language. Some creative guys will fake you out some times, but I am trying to do my best to at least contest the shot. A lot of great shot-blockers don’t block shots all the time, they just change the shot to make it a miss," Hankins said.

"The energy and effort plays are kind of what make me a decent basketball player. I am not a great shooter, I think I shot maybe one three in my career in college, so I rely on good post play and mainly on defense and effort plays. I try to get blocks, try to get rebounds, to chisel out space for the put-backs."

The most recent proof of just how well the former Musketeer can 'chisel out space' was the buzzer-beating put-back that gifted Nymburk a 74-72 win in overtime over Gaziantep in Gameday 2 action.

There are no traditional 'Shaq’s' anymore. As a big, you got to choose: You’ll either going to be a pick’n’pop big or you are going to be an effort big - Zach Hankins

"I felt absolute joy when the ball went in, it was an emotional game with so many ups and down and I had the chance to win it at the end of regulation but I missed two free-throws," he said.

"Going into overtime I was struggling to keep my mind on the game because I felt I had let my team-mates down, so for me to get that game-winning tip-in was my way to give back to my team-mates.

"My main goal as a basketball player has always been to be the guy with the extra energy who makes those type of tough plays that not everybody is willing to make."

Part of what allows Hankins to make such plays is his great timing, whether he is rising to block a shot or to bring down a rebound.

"It’s a mixture of instinct and of a conscious process," he said.

"I’ve been really blessed with great team-mates to go against every day in practice. I’ve been very lucky to play against really good finishers, guys who can get to the rim, and I had to learn how to choose my positioning, how to place my body, to figure out how to get to the ball.

"It’s something I really take pride in.

"A lot of great rebounders talk about how they literally sat and watched guys shoot the ball so to figure out the trajectory of the ball. I feel I got pretty good in that, figuring out the best place to be around the guy who is trying to box you out or where I should box out."

It is very unusual for a player of this age to be already such an accomplished student of the game, but Hankins is also unusual among big guys of his generation, as he is not worried at the least about surviving in the era of smallball or about stretching the floor.

"People who know basketball and know what it takes to win understand that you need the guy who is wiling to do all the effort stuff and make an impact in that way, even though he is not going to be a 20-point scorer a night, I think there is always going to be a place for that," he said.

"Basketball worldwide is going more towards smallball and shooting and there are no traditional 'Shaq’s' anymore. As a big, you got to choose: You’ll either going to be a pick’n’pop big or you are going to be an effort big.

"Clint Capela on the Rockets is someone I look to a lot, he just runs the floor hard. 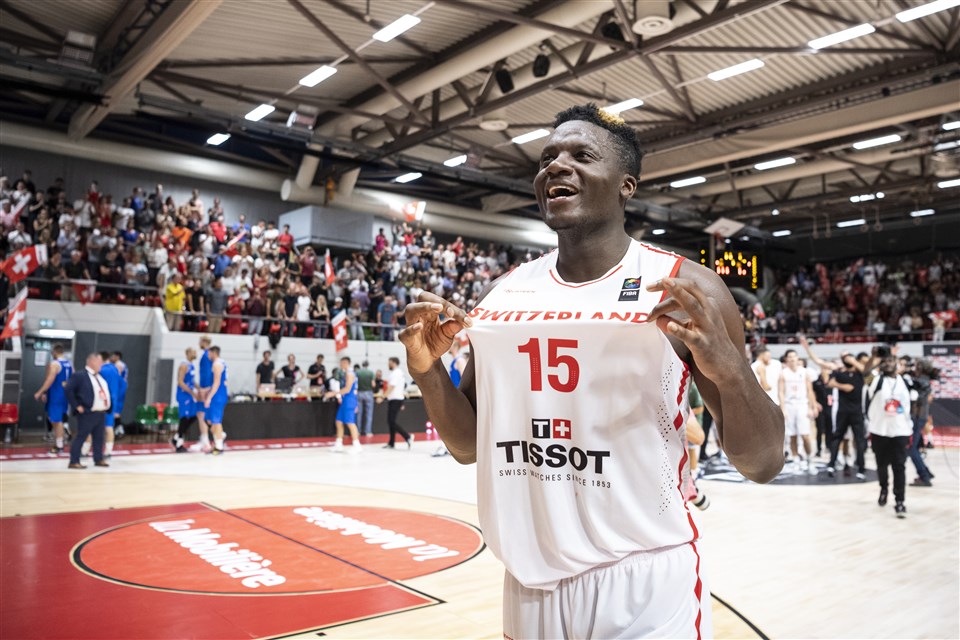 "As the pace keeps getting faster and faster you need to run and not get tired, get the rebounds, get the blocks, and be able to finish when the guards, who are the creators and the big-time scorers, give you the ball.

"That is the niche I have selected and I am trying to perfect. I know that I am not going to be a huge star but I can make an impact on the game and be valuable."

It is clear that, as he continues to study the game and progress, Hankins is very happy with that choice he made in the summer to move to an unknown country and play for Nymburk.

"My goal is to play at the highest level and I am very excited for the opportunity to play in the BCL because I go up against really great players, guys who can play in the NBA", he said.

"We’ve had some really good stretches but we’ve also had points where we didn’t play well, like in the fourth quarter against Gaziantep where we didn’t have much ball movement.

"So there is a lot of growth, but our main goal is not to go undefeated, it is to get better and better and peak at the right moment, in the post-season. We’ve been competitive, but we still have a lot to learn and we’re all willing to."

Hankins has been definitely willing to acclimatize to the European style of play, but despite his rapid progress he feels he still has a long way to go. Hankins is averaging 12 points, 10 rebounds and  2.5 blocks after the first two BCL games

"The European style is much more compact defensively so you have to pay a lot more attention to spacing, I need to work into when to move into open space, how to read the guards, when to set a screen.

"I watch game film and note everything I should have done differently, or when it would have been better to do it, it is an ongoing process.

"There is not many guys like Petr Benda, who’s stayed at one team for 12 years. Chances are you are going to have to move around, play with different players, teams.

"So being able to play with the guy who likes 'iso ball' but also fit into a team that likes to move the ball around is a huge skill."

If staying humble and putting in more effort than anybody else is also a skill, then Hankins has already mastered it. 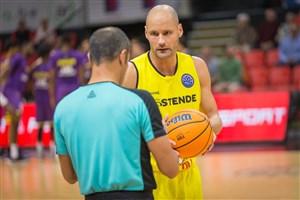