SASSARI (Italy) - If watching the thrilling finale of the most suspenseful game in the opening week of the  season left you with the impression that ice runs through the veins of Dyshawn Pierre, the first MVP of the Week in 2019-20, rest assured you are not alone.

With his team trailing Lietkabelis by one point on Wednesday, Dinamo Sassari’s Canadian forward received an inbound pass, left his defender behind with a fantastic baseline spin move but was fouled at the rim just before he could score, with 2.9 seconds on the clock. 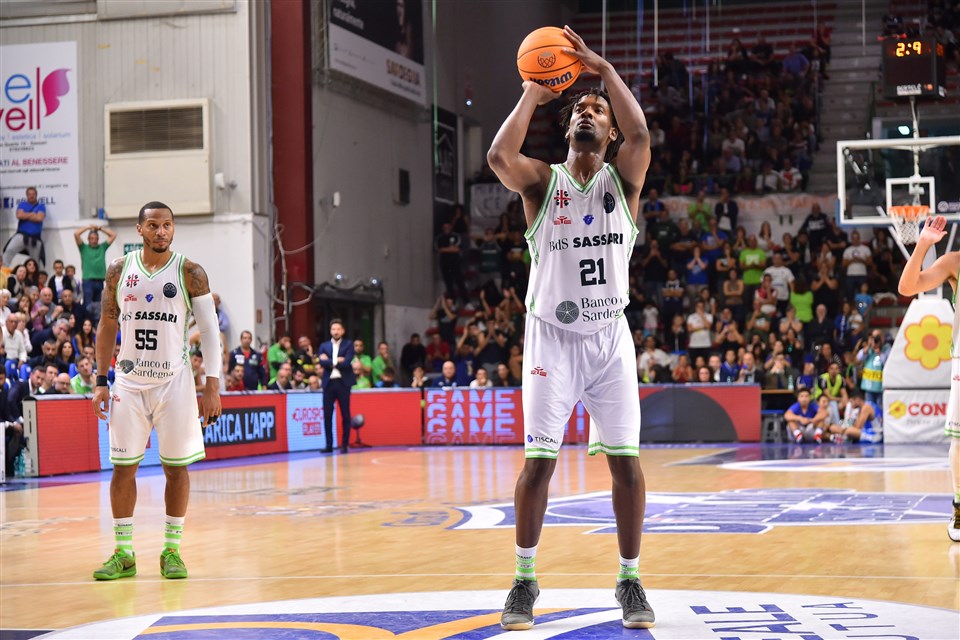 A game on the line and two vital free-throws? Leave it to Dyshawn Pierre

Pierre had already been on the floor for over 34 minutes at this point but, despite all the tremendous physical toll this had taken, he went to the stripe looking as calm and composed as if this were still the first minute of action.

There was no long ritual at the line, no endless bouncing the ball, no staring at the rim. Bounce, quick aim, release, make. Repeat to put your team ahead 79-78 and win them the game.

Ice water running through his veins, right? Well, the 25-year-old was in actual fact very conscious of the importance of the moment. He just trusted the work he had put in prior to getting there.

Sometimes you feel like you can have one but in games you are focused on winning so much, that you don’t realize if you do have a double-double - Dyshawn Pierre

"I understood the importance of the free throws, so I could feel the pressure," Pierre told championsleague.basketball.

"I was trying to keep the same routine I normally do for each game. We shoot free throws after practice everyday, so It helped me stay calm and I felt prepared to make them."

The 25-year-old was even well prepared to overcome the tiredness of the moment. "It is a bit of everything [physical and mental preparation] but conditioning to me is the most important," he said.

Pierre registered an efficiency rating of 35, the highest on Gameday 1, after posting a double-double of 24 points and 12 assists. He shot 8 of 10 from the floor, a crucial as it turned out 6 of 6 from the free-throw line and added 2 assists, 1 steal and 1 block.

He had no idea that he had collected a double-double - let alone that he would be Gameday 1 MVP - until he looked at the statsheet later.

"I didn’t know until after the game, sometimes you feel like you can have one but in games you are focused on winning so much you don’t realize if you do have a double-double," he said.

This was Pierre’s third double-double display in the competition, but the first one he posted while scoring more than 20 points.

He has also become the first player in Basketball Champions League history to get more than 21 points and more than 11 rebounds during the first gameday of the season.

The Sassari forward however simply credited his team-mates and coaching staff after the game, for 'putting me in positions where I could score'. Pierre is not after scoring accolades, his interest is in accumulating ticks in the W column.

"My main focus is winning, our team has a lot of talent, whichever way the team needs me I will help," he said.

"Last game [against Lietkabelis] I had more of a scoring role but the next game it will be somebody else, because everyone on our team can score the ball.

Not sure about ice, but the will to win is certainly in his blood. 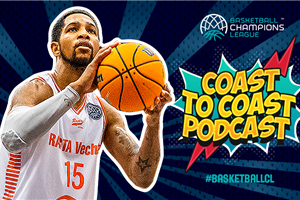 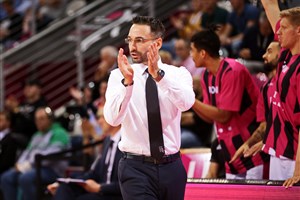