MIES (Switzerland) - The city of Athens has been awarded the hosting of the 2020 Basketball Champions League Final Eight.

Following FIBA's decision on March 12 to suspend all international competition in order to protect the health and safety of players, coaches, officials and fans, the BCL Board took the unanimous decision on March 30 to resume and conclude the 2019-20 Season with the hosting of a Final Eight, single-game knock-out competition, to be held on September 30 - October 4, 2020.

Six teams have already qualified for the Final Eight (in alphabetical order): AEK (GRE), Casademont Zaragoza (ESP), ERA Nymburk (CZE), Hapoel Bank Yahav Jerusalem (ISR), San Pablo Burgos (ESP), and Türk Telekom (TUR). The two outstanding games, JDA Dijon (FRA) vs Nizhny Novgorod (RUS) and Iberostar Tenerife (ESP) vs Filou Oostende (BEL), still pending for the conclusion of the Round of 16, will be played prior to the hosting of the Final Eight, on September 16 (20:30 CET).

Eight teams will participate in the pinnacle event of Basketball Champions League's fourth season which will be played over the last weekend of September in the Greek capital. The games will be played in the Nikos Galis Olympic Indoor Hall (18'000 seating capacity), regular home court of AEK.

The decision concerning the presence of fans in the arena will be taken at a later stage and in accordance to the rules and regulations set by the Greek official authorities.

As part of this host city announcement, the logo of the 2020 Final Eight has also been unveiled: 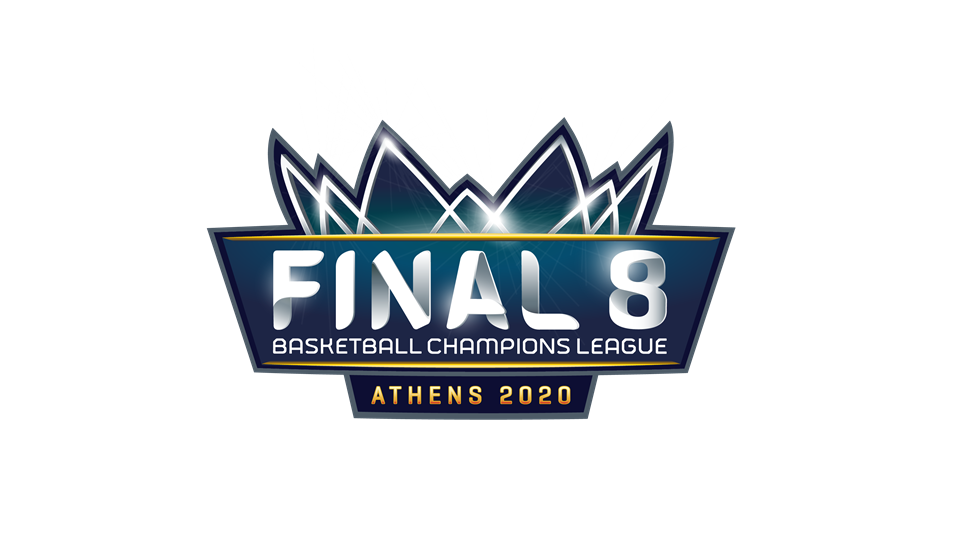 "We are very excited to have Athens host the Basketball Champions League Final Eight. We are grateful for the commitment of the Greek authorities to help us organize this event in the best and safest way possible for all stakeholders, especially the players of all qualified teams. We have also witnessed the enthusiasm of the host club to organise this historical event," said Patrick Comninos, CEO of the Basketball Champions League.

"Despite the difficult situation created by the COVID-19 pandemic, we are thrilled to have the opportunity to award this Final Eight, with the participation of eight clubs that have earned their spot throughout a hard-fought season, to an environment that has proven experience in organizing top-level basketball events. This will guarantee a unique week of basketball for fans across Europe," he added.

The Quarter-Finals will be played on September 30 and October 1, the Semi-Finals on October 2, with the Third-Place Game and Final scheduled for October 4. The draw determining the Semi-Finals pairings will be held on Thursday September 10.

A media accreditation portal will be opened at the end of this week, on Friday September 4.