BRINDISI (Italy) - A lot of things, including a buzzer-beating tip-in, had to go right for Happy Casa Brindisi to win on Tuesday their first game in this Basketball Champions League season, but none of those would have made any difference were it not for Adrian Banks.

After the first two shots went in I became more confident in my play. Also the energy from the crowd was helpful, I feed off of them - Adrian Banks

The veteran guard dropped a massive 31 points to put his team in a position to claim a 76-75 win over Telekom Baskets Bonn in extremis, and has claimed MVP of the Week honors for Gameday 2.

🌡 @iadrianbanks is straight 🔥 in the first half, dropping 23PTS (8/9 FG)! #BasketballCL

Banks appeared to get the hot hand almost immediately on Tuesday night as he drilled his first two jumpers, first from beyond the arc and then from two-point range.

"I had the same mindset that I have going into any game, but after the first two shots went in I became more confident in my play. Also the energy from the crowd was helpful, I feed off of them," Banks told championsleague.basketball.

The 33-year-old Memphis native went on to finish with 6 of 8 from downtown, 4 of 6 two-pointers and 5 of 6 from the free-throw line. He also added 9 rebounds and 3 assists to finish with an efficiency rating of 34.

"I didn’t expect a game like this," he said. "What I did expect was to do my best, to do whatever it took to try and secure a win at home, and luckily for me it was scoring the ball."

And scored the ball he did. The 31-point tally is the highest so far in the 2019-20 season and the highest in a Regular Season game since last February 5, when Caleb Green of fellow Italian side Avellino scored 39 points in a game against Ventspils.

Banks knew immediately he had scored 31 points. "I’m always looking at the clock, to check the time and team fouls, also player fouls," he said.

His amazing scoring display of course sustained Brindisi in the game until the very last second, when Tyler Stone rose above friends and foes to tip-in the game-winner for the Italian side after a Kelvin Martin miss.

"In those situations you never know what’s going to happen. You just hope that the basketball gods are on your side when the buzzer goes off and that night they were with us," Banks said. 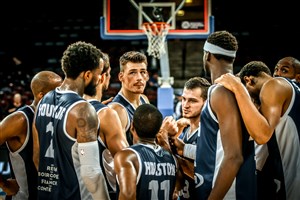 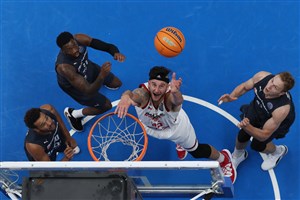