ANTWERP (Belgium) - Tyrese Rice, the player of Brose Bamberg, has been awarded the title of Most Valuable Player of the 2018-19 Basketball Champions League Season.

The 31-year-old American, who grew up in Chesterfield, Virginia, has had an outstanding season with Brose Bamberg. He's the second best scorer with a total of 303 points this season. Tyrese Jammal Rice has been elected among the Team of the Week of the second, fourth and eight Gameday of the Regular Season, as well as of the Quarter-Finals, and also named MVP of the Round of 16.

The player started his professional career at Panionios, Greece, and has collected a few trophies lately, winning this year's German Cup with Brose Bamberg versus Alba Berlin last February (83-82).

The announcement of the award was made on Saturday during the Basketball Champions League Awards Ceremony, in presence of coaches, players and media. The award has been given to Rice by the President of ULEB, Tomas Van Den Spiegel. 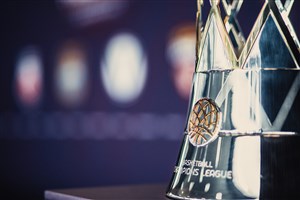