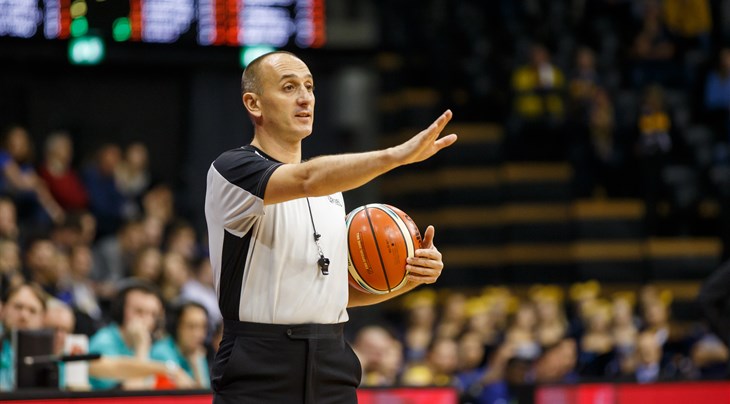 The focus will be on the verticality of both offensive and defensive players during the act of shooting. In the following three video situations there are examples of illegal contact by the defensive player who has no verticality when attempting to block the shot.

In this example, we see good verticality by defensive players. 0 Yellow intercepts the ball and penetrates to his opponent’s basket followed closely by 5 Black and 20 Black. When 0 Yellow attempts to release his shot 5 Black legally blocks the shot maintaining legal verticality.

In this example of illegal verticality by an offensive player; 31 Yellow passes to 22 Yellow in the corner and during the act of shooting he extends his leg creating contact with defender 20 Black. The referee correctly calls an offensive foul on 22 Yellow.

Tough Call 4: Unsportsmanlike Foul in the act of shooting

5 Red penetrates to the basket and passes off to 7 Red under the basket and as he attempts to shoot, he is heavily fouled by defender 20 White. The referee calls an unsportsmanlike foul.
Excessive, hard contact caused by a player in an effort to play the ball or an opponent

During a rebound situation whilst jumping in the air, 22 White contacts 9 Red in the face with his extended arm but the referees did not call the contact as a foul. Error by the referees.

7 Blue is appearing on the game with uniform equipment/accessories (short sleeves under-shirt), which is against the Official Basketball Rules (art. 4.4).

The Technical Delegate shall remind the team before the game (during uniforms check), and during the warm up, for not using equipment against the Official Basketball Rules. The player with uniform/equipment/accessories against the Rules shall not be allowed to enter the game. 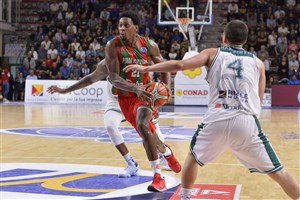 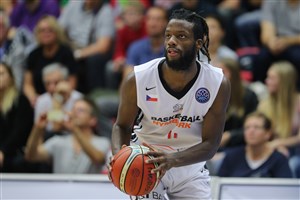