There is much to savor from the 2017-18 Basketball Champions League, as the competition gave the fans plenty of inspirational moments to discuss. In all, the second season registered 44 million video views and reached more than 120 million people through social media over the course of 2017-18. The Final Four in Athens itself has generated a ton of excitement, triggering a 94% increase in video views compared to last season's Final Four in Tenerife, and reaching 18,800,000 people. 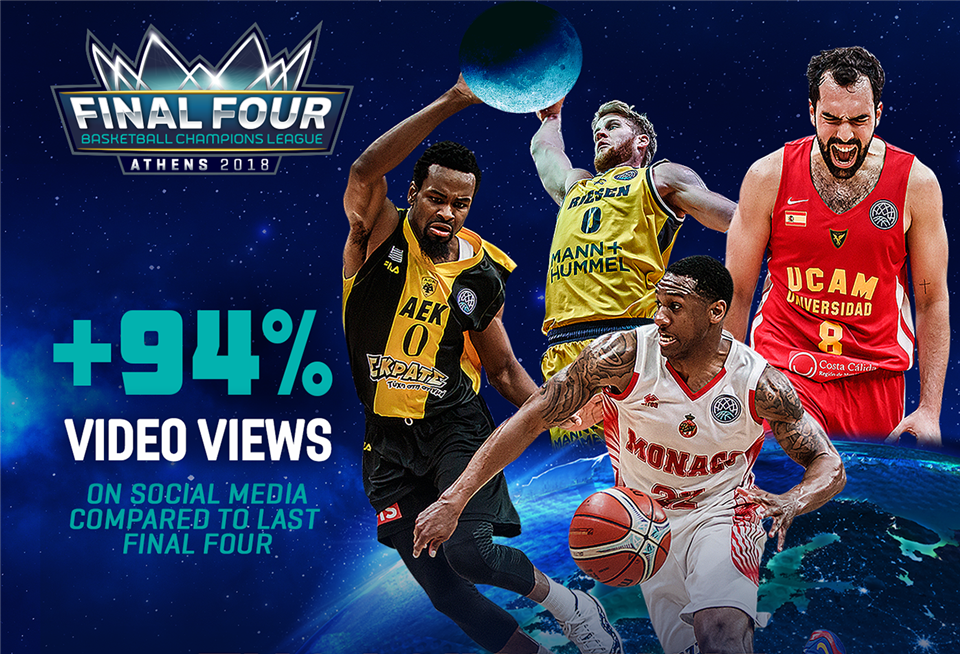 "We are both delighted and thrilled to see the competition confirming its first season’s massive success on social media. At the end of the season, there are more than 1,700,000 followers of the Basketball Champions League on social media. The digital output of the first two seasons is impressive, and we are proud of such an achievement," said Patrick Comninos, the CEO of the Basketball Champions League.

"The Basketball Champions League does not exist for its own sake but as part of a broader strategy to grow basketball across Europe. It is based on established sporting principles of inclusion by merit rather than commercial brand value, and is an integral part of the new European basketball ecosystem. We are extremely pleased to see that the first two seasons of the competition were appreciated by the fans and the participating teams." I believe the Champions League did a great job showcasing everyone's capabilities on social media via short clips, with the small amount of time social media allows you to post. All the fans were kept informed about every game and really great photos were captured of every player.

The numbers of fans following the Basketball Champions League Facebook page impressively rose to 1,500,000 thanks to various digital activation. Eventually, www.championsleague.basketball generated more than 2,300,000 visits in the course of the 2017-18 campaign with fans eager to read features and interviews about star players.

The Basketball Champions League is hands down the best league as far as promoting their brand, the teams and the players that compete in their competition. As players it’s a great feeling to be showcased for having a great game through their social media channels and for teams to battle for a top 10 position in the BCL Power Rankings made it that much competitive! After 2 years of existence it’s clear that the BCL will do nothing but grow and get better for years to come. 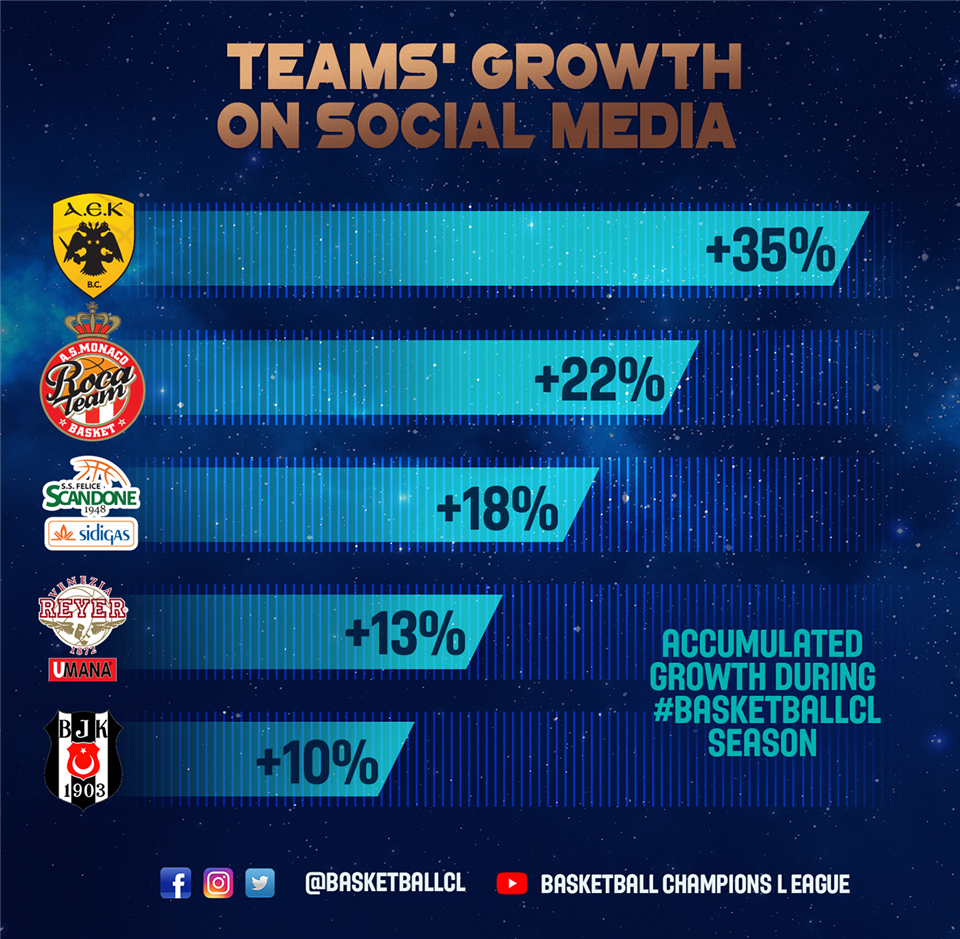 I think the whole tournament is really well put together, the advertisement for the competition is amazing, and the social media is the best from all basketball competitions.