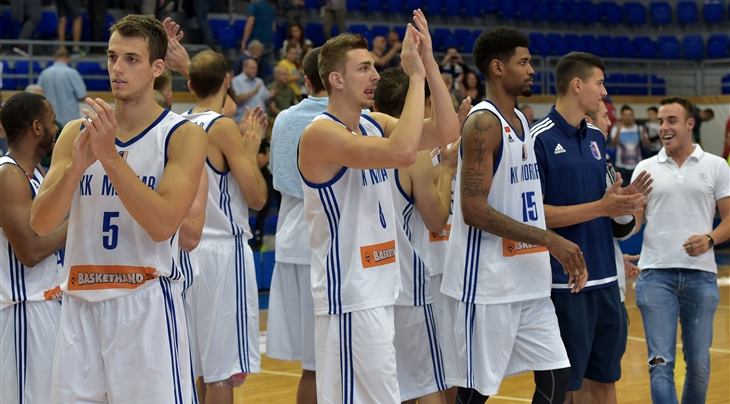 Mornar happy to shoulder the extra weight of historic success

BAR (Basketball Champions League) - Terms like ‘legendary’ or ‘historic’ are often thrown around a little bit too easily in the world of sports, but KK Mornar Bar are fully justified to brand this week as the start of a truly historic season for the club.

"It is so nice to start in this way a new and, for us, historical season.” - Djordjije Pavicevic

With the exception of a short-lived campaign in the Korac Cup approximately two decades ago, the Montenegrin club have never played in the regular season of a major European competition. They are about to pass that threshold on 19 October, when they play host to Belgian champions Telenet Oostende in the premiere of Basketball Champions League Group D.

To achieve this feat, the Bar side cruised past Igokea 83-60 at home on Thursday night to overturn in the most convincing fashion the narrow two-point deficit from the first leg of their tie, in Aleksandrovac. At the weekend Mornar are taking another big step in club history when they receive fellow Basketball Champions League participants Partizan Belgrade on the opening night of the ABA League.

Is it too much for a team that had never experienced so frequent high-level games before? “We will now play two games per week and it will be difficult, but we are ready for it,” Mornar point guard Marko Mijovic dismissed any concerns. “We had a great game against Igokea and I hope that we will have a good season.”

The architect of Mornar’s rise in recent seasons, which culminated with them clinching first place in their domestic national league’s Regular Season last year and only losing the title in the play-offs finals against Buducnost, is head coach Djordjije Pavicevic.

“We are really happy that we will have chance to play in such a great competition as the Basketball Champions League,” coach Pavicevic said after his team’s crucial win. "It is nice to start in this way a new and, for us, historical season.”

“We controlled the game and the pace from the start, we were solid on defence and it makes our satisfaction even greater for qualifying to the group stage of this respectable competition. I want to thank our fans, but also the KSCG (Montenegrin federation) which allowed us to take part in the Qualification Round of the Basketball Champions League.” 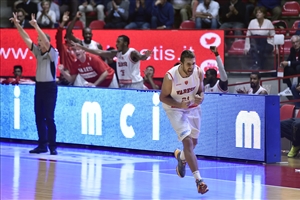